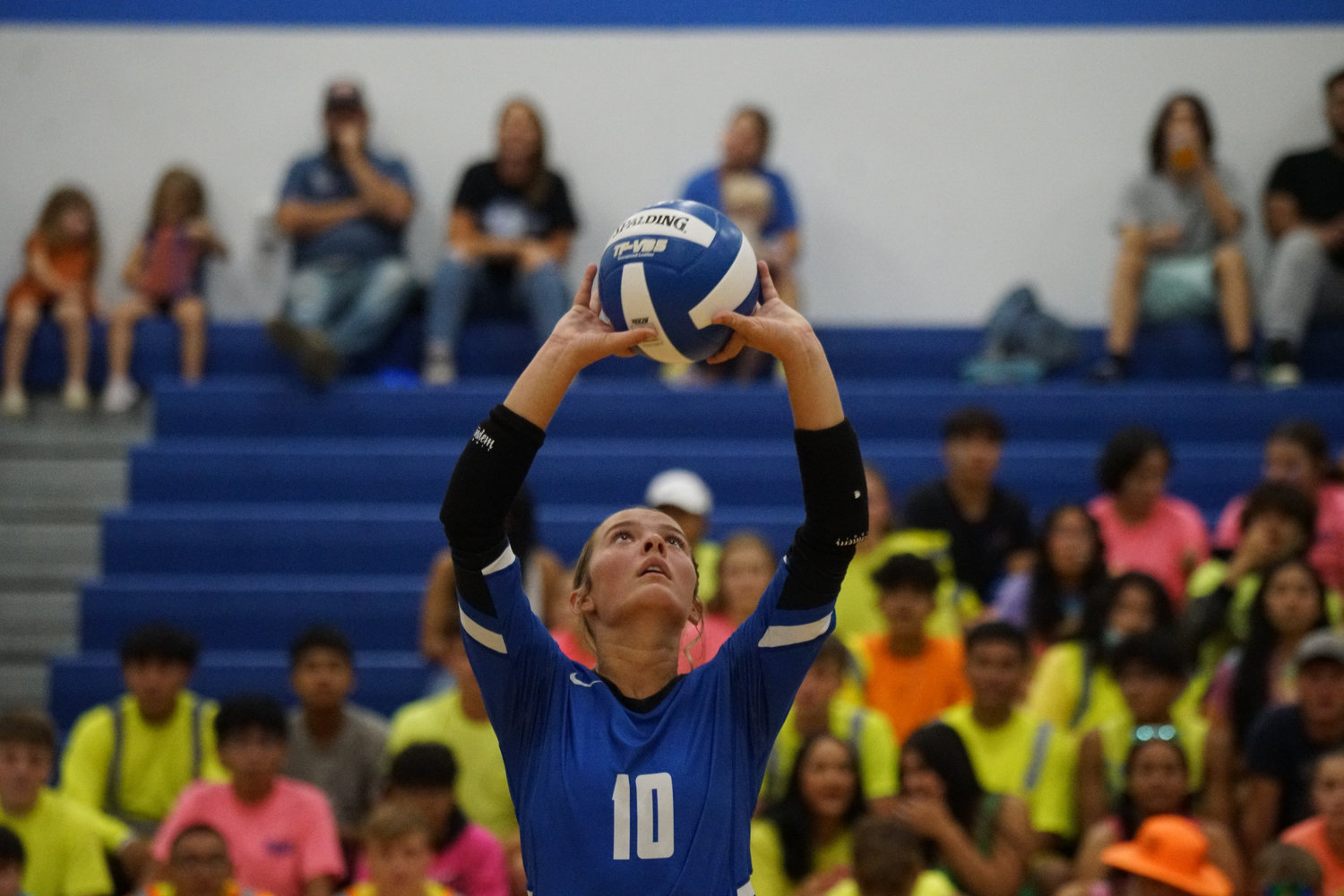 The West Liberty Volleyball team has established themselves as a force early in this volleyball season. The Comets were in the midst of a five game winning streak when Mid-Prairie came into town last Thursday night.

The Comets handled the 15th ranked Golden Hawks, extended their streak to nine matches before losing to Beckman Catholic tournament in Williamsburg Saturday.

Thursday, Sept. 8, the Comets played host to the Golden Hawks for the first time on their home court. The West Liberty high school gymnasium was packed to the gills.

"We have great crowds, it took the girls a little while to settle in," said Head Coach Ruben Galvan following their victory. "We saw the girls make a few errors on serves, they didn't know how to handle the energy."

You could see the struggles with settling in during the first set as the Comets narrowly escaped the first set with a 25-22 victory.

The Comets offense settled in the third set, capturing a 25-17 victory to put their conference foes on the ropes.

A 25-16 fourth set sealed the deal for the Comets as they moved to 2 - 0 on the season in conference play.

Sophie Buysse was instrumental inthe Comet attack, recording 22 kills over four sets, accounting for more than a third of the teams total kills.

Brooklyn Buysse recorded 47 assists on the night. The senior setter continues to establish herself as one of the best in the state, sitting third overall with 399 on the season.

Senior backline anchor Monica Morales has ascended to a different level in her final season in blue and white. Her 38 digs on the night added to her state leading tally of 326 on the season.

Saturday, Sept. 10, the Comets headed to Williamsburg for tournament play. The Comets cruised through their bracket collecting 2-0 sweeps over Central Lee, Fairfield and West Burlington. The Comets matched up against 2A, top 10 Beckman Catholic and fell in three sets, breaking a 9 match winning streak in the process. It didn't take long for the Comets to return to their winning was, they returned the favor and took a 2-1 victory over Beckman to win the tournament.

The Comets return to action next Thursday at home against Iowa City Regina. The Comets are currently 15-3 on the season and unbeaten in conference play.