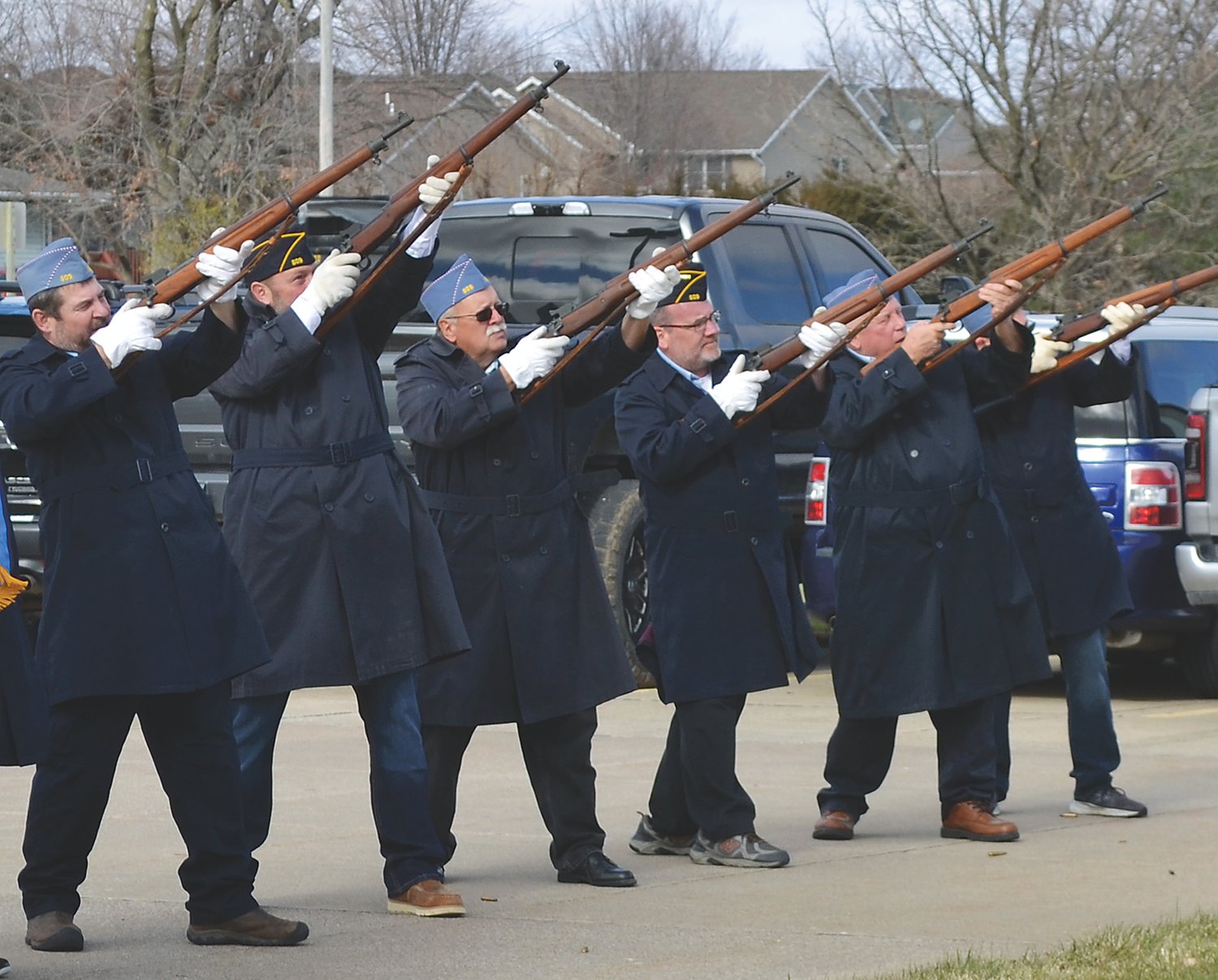 Members from the Mansell L. Philips American Legion Post 509 did a gun salute outside the West Liberty Community Center Friday, Nov. 11, as part of the Veterans Day program. 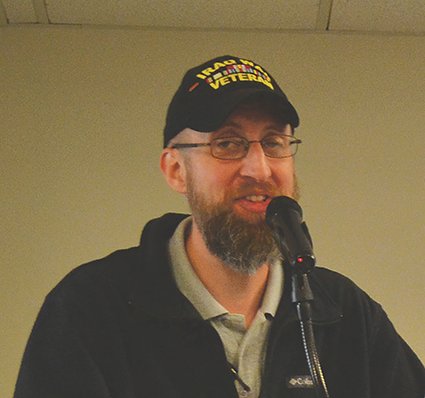 This year, the Veterans Day program was held at the West Liberty Community Center.

Eric Sanders, Executive Director of the Muscatine County Veterans Affair, was the guest speaker for the program.

“A little about me,” Sanders said. “I am the county veterans service officer for Muscatine County. I feel like I have the best job in the county. I get to meet Veterans every single day and hear their stories and help them and their families with various issues.”

Sanders told attendees Veterans Day was important because it acknowledges the service Veterans did from past and present.

“I was in the Army and Air Force,” Sanders added. “I spent nearly five years overseas in Italy, Kuwait, Turkey and Iraq and it was an absolute privilege to wear the uniform knowing so many Americans had served before me and with me showing bravery, courage and sacrifice in defense of our country.”

Veterans come in many shapes and sizes, he added. He listed all the service branches including the newest branch – the United Stats Space Force.

“Veterans are also in the National Guard, the public health service, the National Oceanic Atmospheric Administration (NOAA) – these are also a part of our uniform services,” Sanders said. “Before the Air Force, there was the Army Air Corp in World War II.”

Sanders also spoke about what is a Veteran.

“Quite simply, veterans are people who raised their right hand and wrote a blank check to the United States of America up to and including their life if required,” he said.

Sanders added when he was deployed overseas he witnessed his comrades unable to come home to see their child be born and unable to attend weddings or funerals.

“Those important occasions, which add flavor to all of our lives,” he said.

He told everyone Veterans Day is everyday to him because of everything they’ve done for the country.

Currently, 11 percent of Veterans are homeless or at risk of becoming homeless.

“I see it everyday in Muscatine County,” Sanders said. “Veterans suicide is also a problem. Roughly 22 Veterans a day commit suicide. The battle never ends for them.”

They come home with physical and emotional injuries creating a daily burden for their life and their families.

“Military members and veterans aren’t the only ones that are directly serving,” Sanders said. “Veterans leave home. They’re not there for their kids and family, they’re not there for their parents. These are all sacrifices that are made in the name of our great country so I’m here to lead, motivate and inspire you to reach out to the Veterans in the community that you’re aware of. Point them to me or point them to the services that are available if they’re struggling and need help. Be there for them and support them. Of course, we are eternally grateful for their service and sacrifice but we need to take care of them and that’s my job.”

For many veterans, what they went through never ends and for what the families lost, never does as well, he added.

“Some gave all but all gave some,” Sanders said.

He thanked the veterans in attendance for their service and the sacrifices they dealt with. Everyone in attendance applauded along with Sanders when he was finished.

Everyone went back inside. The high school band played each service branch’s song. Director Ashley Smith asked the veterans to stand up when they heard the song played from their branch of service, which the veterans did.

West Liberty Foods and WeLead provided lunch to everyone in attendance afterward.