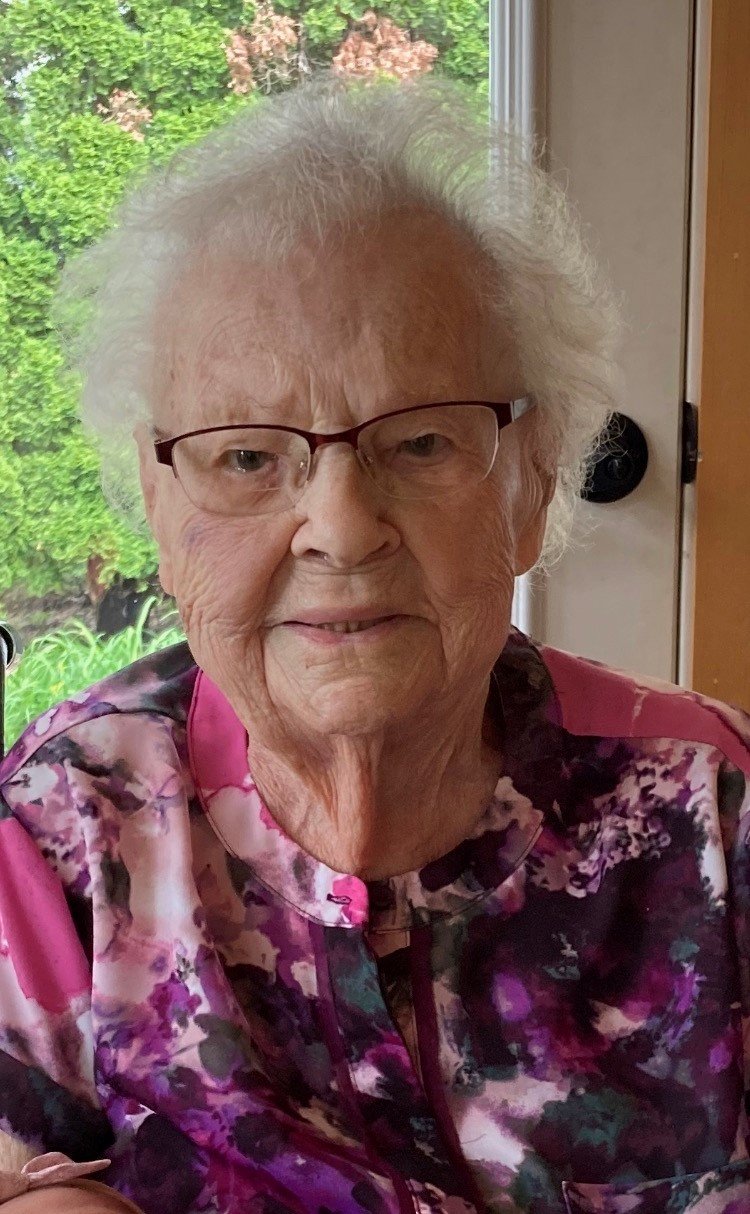 Wilma Marie Lehman was born on June 11, 1921, in rural West Liberty, the daughter of Pierre C. and Bessie (Passmore) Lehman. While an infant, she and her family moved to Wisconsin, where her father built a log cabin for their home. In Wisconsin, her brothers Fred, Walt, and Bob joined the family. They would later move back to the West Liberty area.

Wilma attended school until the 10th grade, and then entered the working world. She cleaned houses and worked at the local diner, Kar’s Lunch Car. It was there where she caught the eye of her husband-to-be, Carl. They were married at Wilma’s parents’ home on Feb. 23, 1941, with an overnight honeymoon to Cedar Rapids.

They bought a farm south of Lone Tree in 1947, where they lived and farmed together for the next 70 years. On the farm they raised corn, soybeans, oats, hay, milk cows (later exchanged for a beef herd), hogs, sheep, and chickens. Wilma helped with all, but she was in charge of the chickens, with up to 200 laying hens at a time.

In her “spare time,” she worked numerous other places, including the Tiptop Café, Marner’s Sundries, and Mapel’s Café. Ahead of retirement, she worked for eight years at the University of Iowa Memorial Union.

Wilma and Carl loved to dance. Many Saturday nights were spent dancing at peoples’ homes, and later at various dance halls in the area. Some of their favorite bands included Dave Deighton, Kenny Hoofer, and Lyle Beaver. They also took square dance lessons, and square danced regularly. They once won a square-dancing Halloween costume party, Wilma taking the man’s position, and Carl taking the woman’s.

She was blessed to have the greater majority of her and Carl’s family in proximity. Many holidays and family reunions were spent gathering together for a meal and lots of fun conversation. She enjoyed being around people – the more the merrier. She loved to visit with anyone she encountered. No one left a conversation with Wilma without being a friend, and a smile on their face.

Sitting still was never an option, and she loved to be on the go. She spent hours on the road with her friend Leona on “shopping trips,” always bringing home some small treasure that she found.

She could never spend enough time with them, and she never stopped talking about them to whomever she encountered.

In lieu of flowers, memorials may be directed to the Ogren family in memory of Wilma. Sympathy notes may be left for the family at www.sandhfuneralservice.com.

The Snyder and Hollenbaugh Funeral and Cremation Services of Lone Tree is caring for Wilma’s family and making arrangements.