Coach: “The tradition here is to be excellent.” 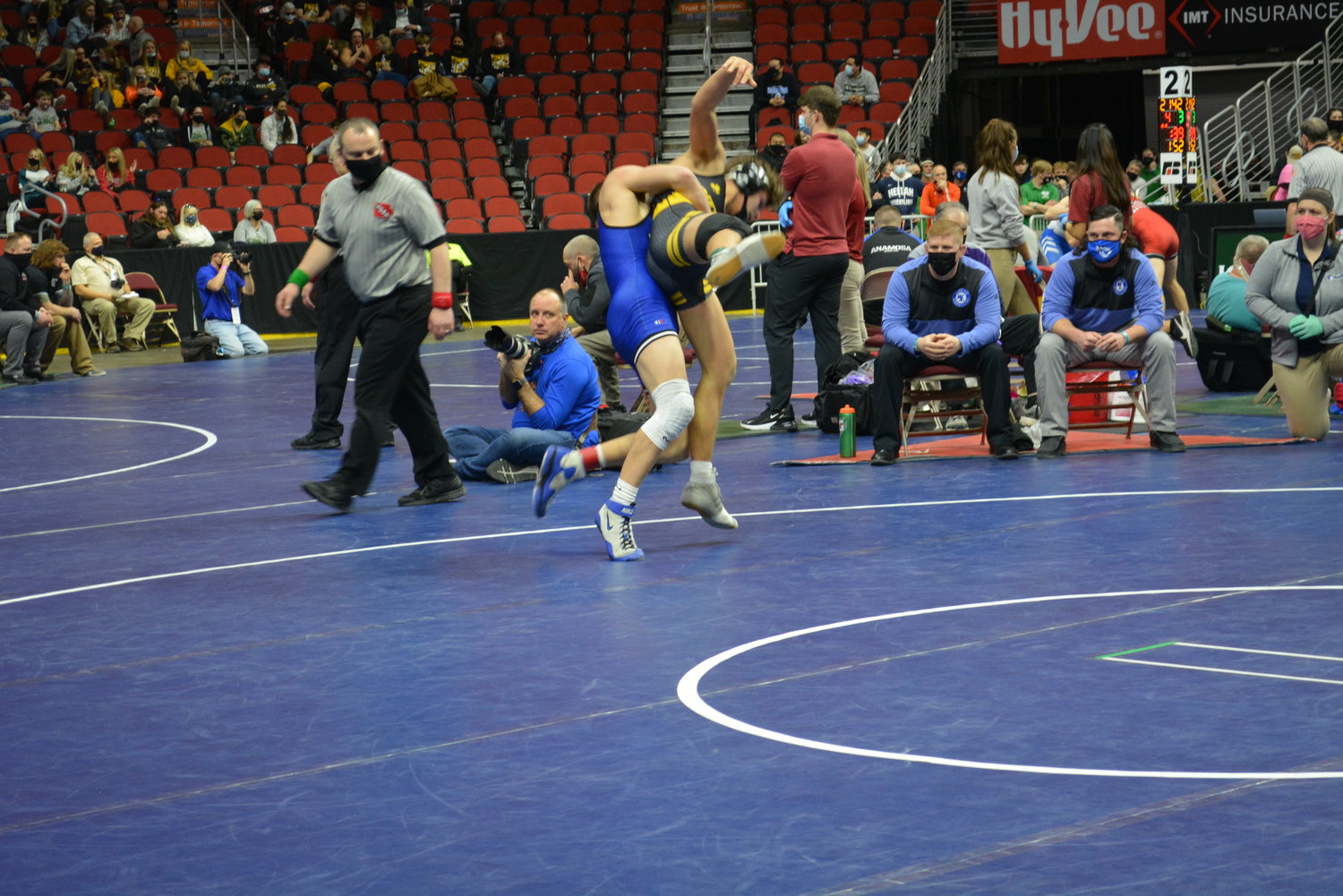 After all, West Liberty’s proud program has claimed the conference championship ever since the league was formed nine years ago – going for its 10th straight crown this year when the teams clash on the mats in Monticello on Jan. 29.

Winning that title while getting a number of his wrestlers back to state, including qualifying for state dual competition, are among the goals this year for the veteran coach – something he says is little different than any other year.

“The tradition here is to be excellent,” Alke said. “That’s no different this year. We want to deliver some of the same kind of results we’ve had in the past.”

That work of excellence included an Iowa State heavyweight championship showing a year ago from senior Kobe Simon, who joined a flurry of Comets who have gone to the state tournament finals – many coming home champions.

With two returning district mat qualifiers back this year including one state qualifier – Drake Collins – the coach has reason to be optimistic as the team approaches their season opener on Tuesday, Nov. 30, at New London in a triangular with the hosts and North Mahaska beginning at 5 p.m.

Other members of the squad include seniors Jahsiah Galvan, Bryan Martinez-Zavala and Asael Negrete along with juniors Sergio Breceda Rodriguez, Preseton Daufeldt, and Jacob Seering.

Sophomores on the mats for the Comets this year include Evan Beal-Henderson, Morgan Lehman and Andre Puentes-Bueno while freshmen Comet wrestlers include Jonathan Cardona, Ryker Dengler, Bryso Garcia, Tytan Griffith and Hunter Kleier.

The meet is just one of six triangular and quadrangular battles through the end of January that are caked in between a variety of five challenging tournaments and a dual match at Cedar Rapids Xavier before the conference tournament and followed by Sectional, District and State tournaments at the end of the season, all coming in February.

The coach says Wilton will be the biggest concern in defending the conference title with a number of returning state qualifiers, but says you can’t count out Iowa City Regina or Cascade. He says every one of his Comet teams have been “built a little different,” being unique in their own way as he fine-tunes his Comet machine since the start of practices on Nov. 15.

He says many of his wrestlers are “multi sport athletes” that don’t concentrate year-round on wrestling and said there’s nothing wrong with that – noting about 90 percent of his team is composed of guys who played football in the fall.

The coach says he is preparing his team with some outstanding competition throughout the season including a a two-day tournament in Independence on Friday and Saturday, Dec. 3-4, when the Comets will face some of the best competition from four states including Missouri, Illinois and Wisconsin, noting each of his wrestlers will get to compete in at least five matches during the two days of wrestling. He said there will be more than 30 teams in the tournament, giving his Comets a look at some new competition.

Iske said he doesn’t look at the Independence Tournament as a “test” for his Comets, noting it’s simply an opportunity for his team to “try to get better.”

The coach said the success of his program is thanks to the local wrestling club and a strong junior high program, taken over this year by long time Comet coach Curt Diemer.

A total of nine teams will come together this Sunday on the West Liberty mats to battle in competition ranging in age from pre-schoolers to sixth graders. Iske said over 300 youths are anticipated to participate in the tournament that will take place on six mats.