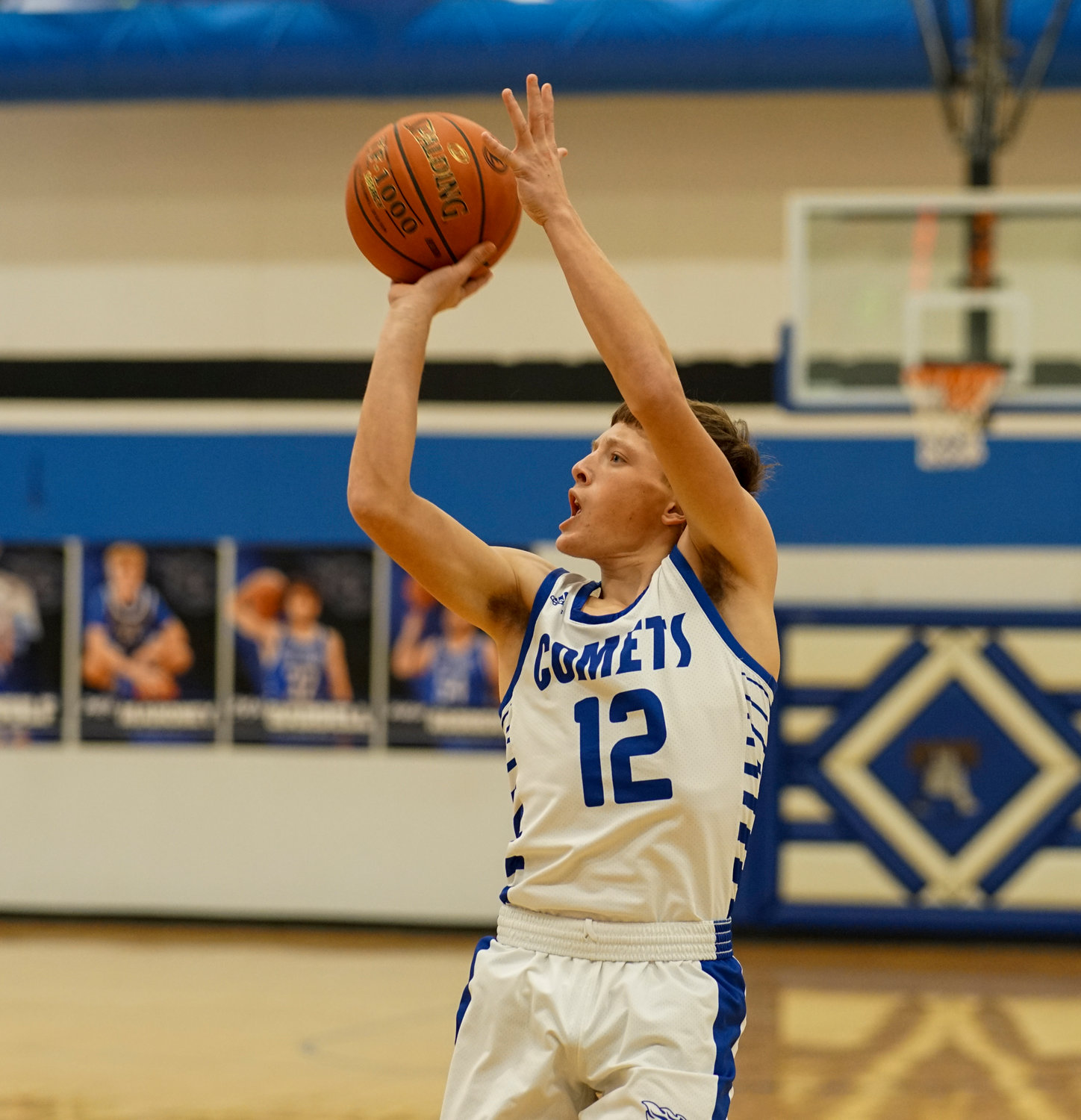 Although Cascade had only won one game all year, West Liberty High School’s Boys basketball team didn’t prove to be much of a match as the two teams with identical records battled in the final regular season game of the calendar year at West Liberty.

Cascade actually doubled the score of the 1-7 Comets who fell to 0-7 in River Valley Conference play while Cascade jumped to 2-7 on the season. Both teams had beaten Columbus as their lone win of the season before the game.

The Cougars struck first and never let the Comets catch any momentum, finding a layup in their opening possession. The Comets responded immediately via a Caleb Wulf put back to tie the game early at 2 before Cascade went on a nine-point run before Jayce McHugh muscled his way into the paint and put through a contested shot.

The teams traded blows for the remainder of the first, but the Comets found themselves trailing by 10, 23-13, after one. The second quarter saw Cascade step it up defensively, outscoring the Comets 14-2 to take a 37-15 lead into the break, mainly off the scoring hands of junior Cole McDermott, who finished with a game-high 31 in hitting 14 of 16 field goals and three of four from the line.

The teams traded blows in the third quarter, as Cascade extended their lead to 28, outscoring the Comets 16-10. Much of the same continued into the fourth as the Comets fell 68-34.

Senior Caleb Wulf led scoring for West Liberty with 13 points on six of 14 field goals along with four rebounds, an assist and a steal. Jayce McHugh followed with 12 points by canning six of 10 field goals while Josh Perez-Echevarria and Ty Jones rounded out Comet scoring with five and four respectively. Jones had four assists in the game for the Comets while leading the team in rebounds with five and nabbing two steals.

The Comets will usher in the new year by hosting Louisa Muscatine on Monday, Jan. 3, beginning at 7:30 p.m., before traveling to West Branch the following day, Tuesday, Jan. 4, for another 7:30 p.m. outing then rounding out the week with games against visiting Iowa City Regina on Friday, Jan. 7, at 8 p.m. and finishing the week by hosting Camanche at 4 p.m. on Saturday, Jan. 8.