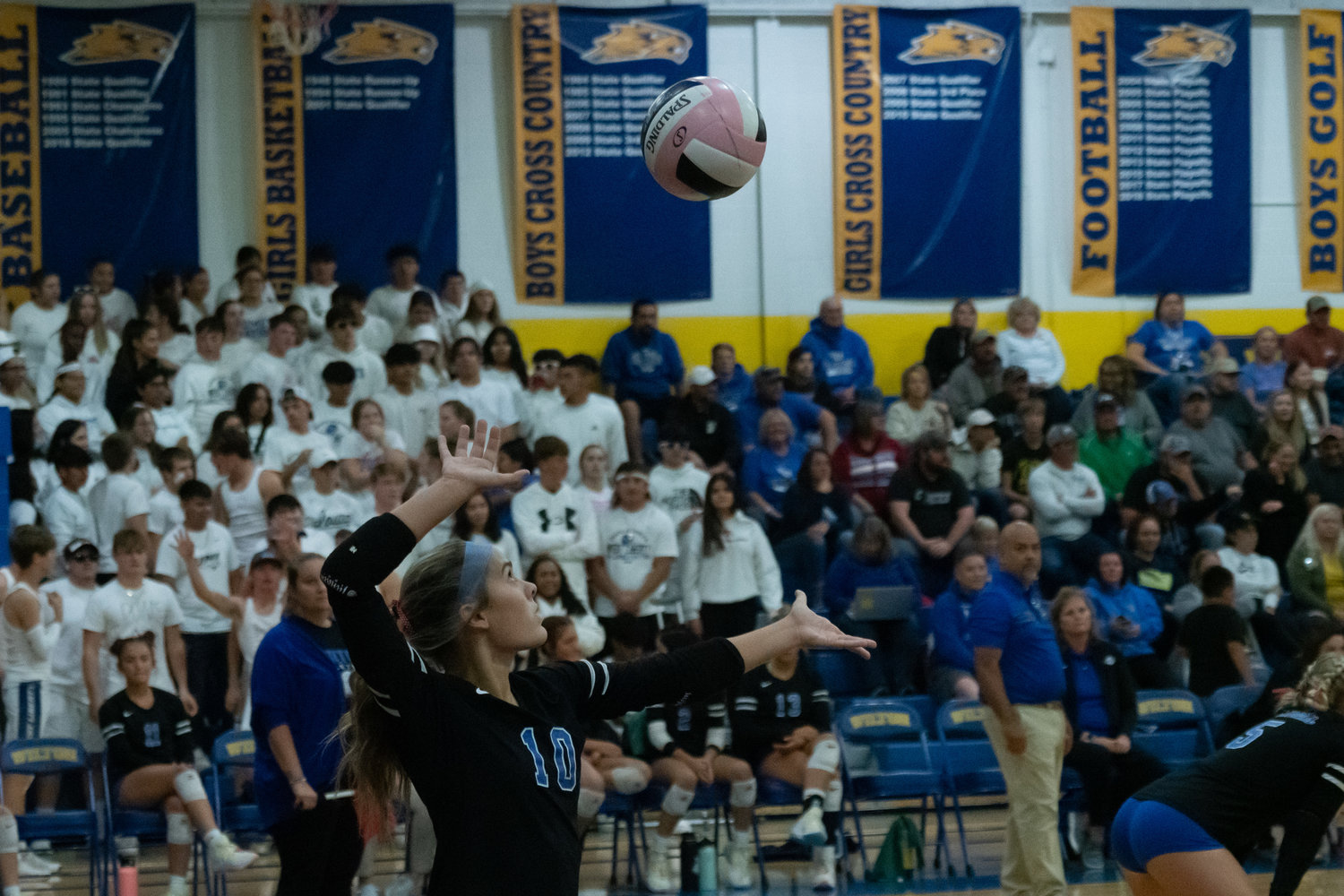 The Comets lone loss of the week came from 5A third ranked Pleasant Valley, but the hiccup didn't stop the Comets from claiming the tournament title in Western Dubuque.

The week started for the Comets with a trip to Wilton, Thursday, Sept. 29. The Beavers have given the Comets fits over the past few seasons, winning six of the previous eight matchups.

The gymnasium at Wilton High School was packed for the clash between ranked foes. The Comets jumped ahead early in the first set, capturing the victory 25-16 to take an advantage. Domination ensued in the second set, as the Comets held the Beavers to 11 points, enroute to a second set victory.

The Beavers weren't going to go quietly, putting their strong competition of the match, but the Comets prevailed, winning 25-22 and capturing the sweep, securing their place alone at the top of the RVC South Standings.

Sophomore Ava Morrison shined for the Comets, as her 16 kills led the way on the night.

The Comets met their match against Pleasant Valley. The Spartans took the lead early, winning the first set 21-17 before the Comets responded with a 21-13 victory of their own in the second set.

The third set was a back and forth affair, neither team was able to pull away. The Spartans ultimately won the match, 16-14 to take the 2-1 victory. Statistical leaders against the Spartans were Buysse with 32 assists, Morales with 16 digs and Morrison with 11 kills.

The final match of the week for the Comets was against Western Dubuque, the tournament hosts found themselves ranked in the top 5 in class 4A and faced a test in the Comets.

The first set went the distance, and then some. Neither team was willing to give an inch but it was the Comets who were able to close late and take the victory, 30-28. The Bobcats capitalized on the long first set and grabbed the second, winning 25-21. Fatigue seems to have set in by the time the third set rolled around and the Comets were able to capitalize, winning 15-7. Brooklyn Buysse recorded 28 assists, Morrison 12 kills, Sophie Buysse 16 digs and Rilee Han recorded a pair of blocks.

The Comets head into the final week of the regular season with a matchup Thursday at home against Durant. This is senior night for the Comets. Saturday, they will play at Jefferson High School in Cedar Rapids for tournament action.