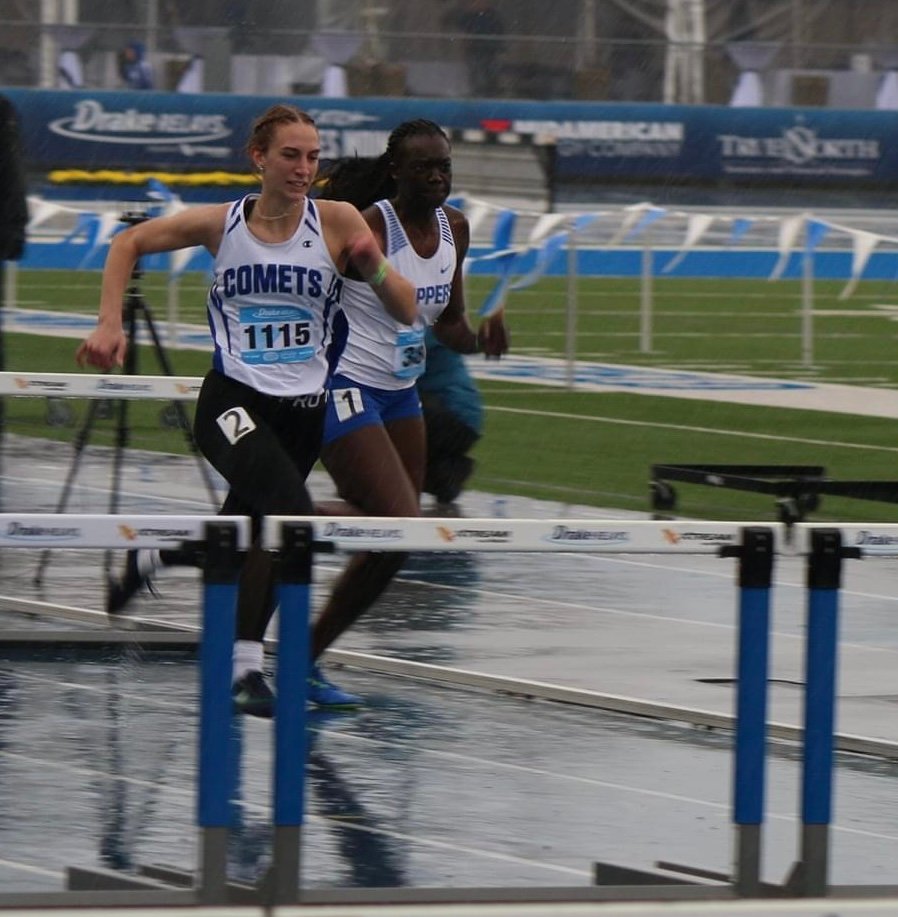 The West Liberty High School boys and girls track teams took to the lanes in Anamosa Tuesday, April 26, ahead of the Drake Relays later on in the week.

Mount Vernon won the meet by collecting 154 points while North Linn finished second at 95 points, just ahead of Monticello, who had 93.5. Independence, Maquoketa Valley and Lisbon all followed in the team standings.

Contributing to the points for the Comets scoring effort was Lila Guerra, placing eighth in the 400 meter run while the shuttle hurdle relay team of Sydney Rivera, Laney Esmoil, Rylee Goodale and Macy Daufeldt finished sixth.

Alissa Sanchez scored an eighth place finish in the 200 meter dash. Samantha Goodale placed on the podium with a third place in the 400 hurdles with teammate Dionni Garcia Vasquez just missing the points, placing 10th.

On the boys side, starting off with a sixth place finish 400 hurdle shuttle relay for Coach Gus Garcia’s Comets was Caleb Wulf, Ryker Dengler, Jayce McHugh, and Drake Collins. The only other individual point scorer for the Comets was Wulf in the 110 Hurdles.

On Friday, Daufeldt took to the Blue oval at Drake University in Des Moines to compete in the prestigious Drake Relays, competing in both the long jump and 100 meter hurdles despite wet, rainy conditions for most of the meet.

Daufeldt captured second in her heat and seventh overall in the hurdles to advance to the finals where she placed eighth. In the long jump, she placed 16th overall, jumping a total distance of 16 feet 2.75 inches.

The teams will hit the track Thursday in Monticello for the River Valley Conference meet beginning at 4:30 p.m., ahead of their state qualifying meet the following Thursday.