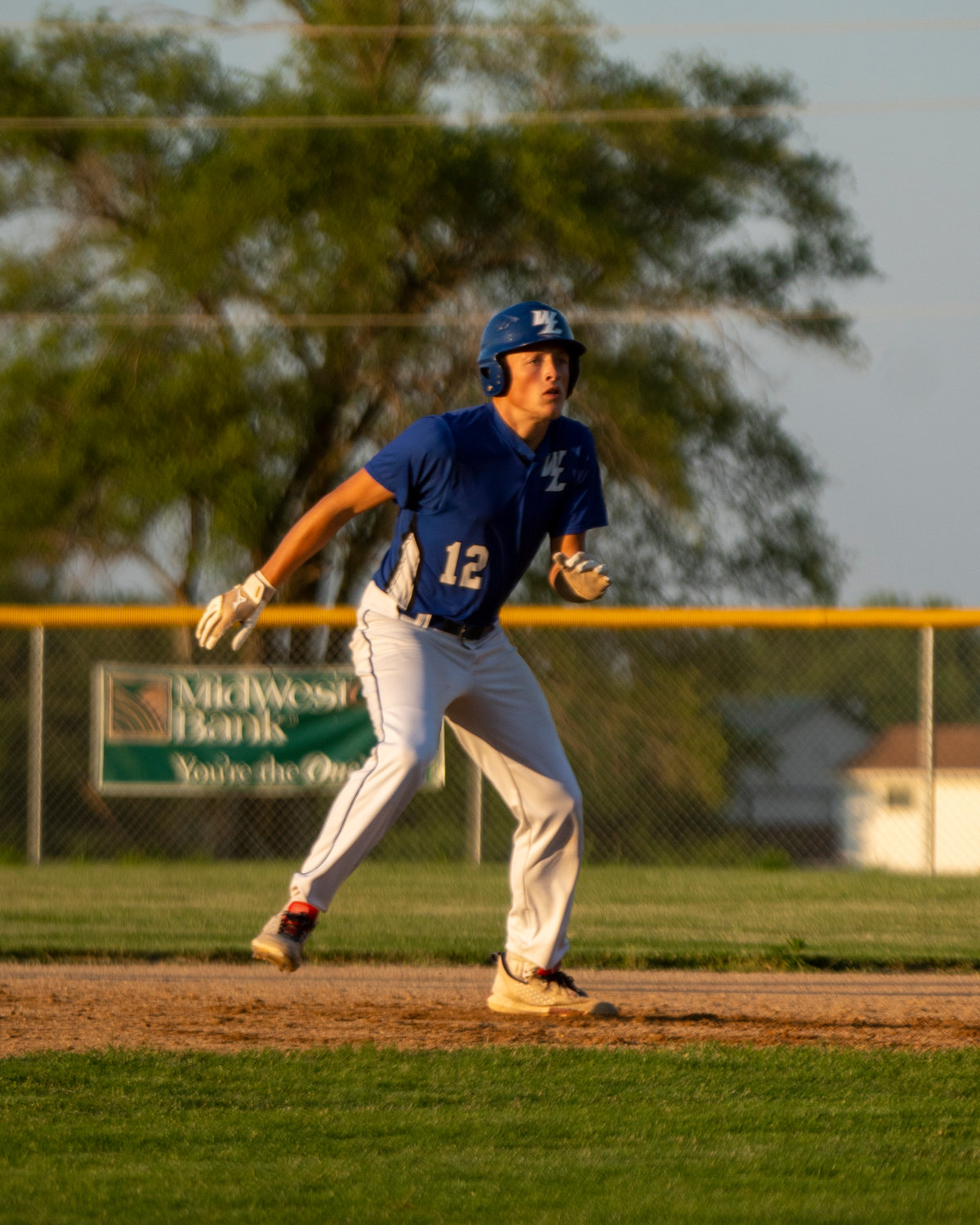 The West Liberty baseball team tasted perfection in their final week of the season, going 3-0 to cap off the regular season before grabbing a 11-1 mercy rule victory in their first round substate matchup.

The Comets kicked off the week with a visit from West Branch Monday, June 27. The Comets had already bested the Bears once this season, capturing an 8-0 victory in West Branch and looked to replicate that outcome. It took a couple of frames before the bats started popping, but the Comets jumped ahead 3-0 in the bottom of the third inning. Bats quickly cooled as neither team pushed across runs for the remainder of the contest and the Comets captured the 3-0 victory.

Caleb Wulf took to the mound for the Comets, in his final home start the senior fanned 12 on two hits and two walks with none earned. Drake Collins came in for the close, striking out an additional bear. Collins also made his presence known at the plate, as he and Ty Jones recorded RBI for the Comets.

The Comets played Tuesday, June 28, with another home contest, this time against the Cascade Cougars.

The Comets put themselves to the test ahead of playoff baseball matching up against class 2A's third ranked team.

The Comets made their presence known early, pushing across five runs in the first inning. They held to their 5 - 0 advantage until the third where the Cougars plated one, immediately followed by three in the fourth. A two run fourth for the Comets, following by an addition three in the sixth was the Comets cruise past Cascade in their final conference matchup of the season.

Collins took to the hill for the Comets in his second day of duty, striking out six cougars on two hits with none earned.

Colin Cassady put Cascade to rest in the final inning and a third, striking out one on one hit. Ty Jones led the Comet bats, pushing across a pair of RBI in the win.

The final matchup of the regular season came against Lone Tree Wednesday, June 29, on the campus of Mount Mercy University.

The offensive slugfest started off early as the Comets pushed across a pair in the first inning, including an inside the park homerun from Drake Collins. The Comets plated two more in the second and three in the third to take a 7-0 lead. The Lions weren't caged forever, they came full speed ahead in the third, pushing across six runs. The show of force proved not enough as the Comets plated two more in the fourth and a lone run in the sixth to take the 10 - 6 victory.

Cassady and Titan Griffith combined efforts on the mound for the Comets striking out five on 10 hits. Wulf and Collins both pushed across a pair of RBI for the Comets in their win.

The Comets capped their week with their first round substate matchup against Winfield-Mt Union Saturday, July 2, in Iowa City.

The Comets wasted no time, striking for five runs in the first inning and three more in the second. A lone Wolf run in the third was quickly negated by a pair from the Comets in response, one run in the fifth drove the final nail as the Comets took an 11-1 mercy rule victory in the first round. Ty Jones drove in three RBI for the Comets while Collins and Wulf combined on the bump. The duo struck out 11 on three hits with one earned.