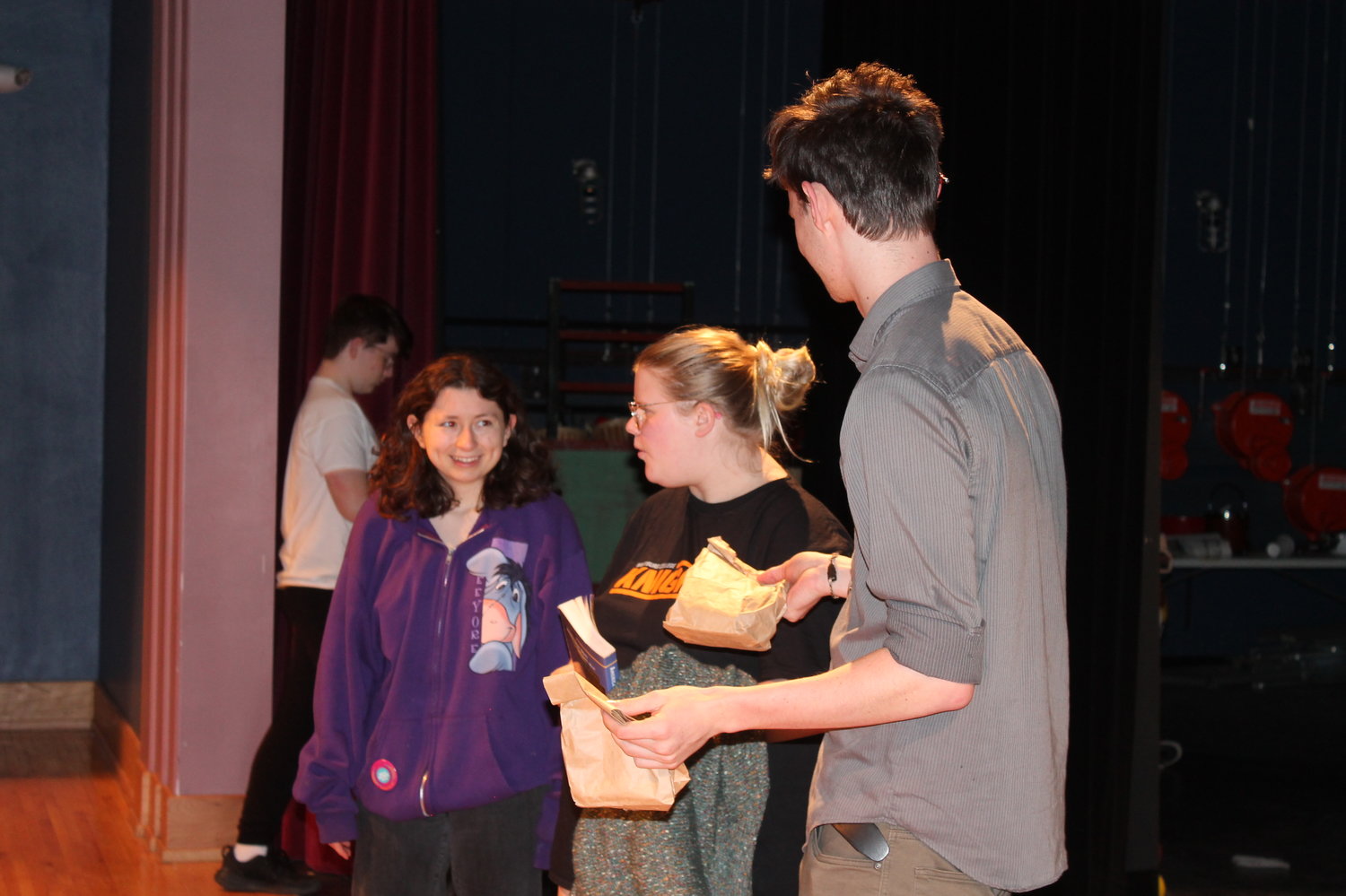 A total of 10 talented students will take to the West Liberty High School auditorium stage this Thursday, Friday and Saturday at 7 p.m. to portray the critically acclaimed play, “Leaving Iowa,” a hilarious, family-friendly comedy.

The play by Tim Clue and Spike Manton is a toast to the idealism and character of parents from the “greatest generation,” and a little roast of their dedication to the family road trip.

Set builder Ron Haskell tore apart an old Pontiac as the centerpiece for the first time high school production put on by Dorianne Rees, who brought ‘Elf” to the stage last fall at the high school in her first musical for the district.

Rees explains the car is simply the body and tires, as the motor and much of the undercarriage was removed for safety measures. The temporarily placed will get jacked up in the rear to allow the audience a better view of the actors, Rees adds.

She says things are “a little hectic” this week as the youths finalize rehearsals for the play, many taking on two and three roles in the “difficult” play. But the director says there are four main actors, with Ben Haskell having the main role as the son, riding along with Maddie Alke playing the mom, Vanessa Vargas as the sister and Terrance Salinas as the dad.

Rees says the students playing two and three roles in the play makes for some quick costume changes and a fun time. She said it also pays to have experienced actors, many getting roles in recent Improv shows at the school. “These kids know what they're doing,” she said.

A show suitable for ages 10 to 110, “Leaving Iowa” is a postcard to anyone who has ever found themselves driving alone on a road, revisiting fond memories of their youth. The story centers on Don Browning, a middle-aged writer who returns home and decides to finally take his father’s ashes to his childhood home, as requested. But when Don discovers Grandma’s house is now a grocery store, he begins traveling across Iowa in search of a proper resting place.

As he drives those familiar roads, the story shifts back and forth from the present to memories of the annual, torturous vacations of Don’s youth.

The play is said to “guarantee to have you laughing and remembering the childhood vacations you tried to forget.”

Jacob Zeman has a role as the stage manager.

Rees said she found the play after she discovered another play wouldn’t work. “It just popped up,” she said. “Hey, we live her in Iowa. We might be able to have some insight on this one.”

The director said she was grateful that Haskell used his talents again to create a fun set that will help make the play a success. Rees said she gets a lot of help from local businesses when she needs it, noting the table and chairs in this year’s play was borrowed from Jan’s Flower Shop in downtown West Liberty. “That’s one thing about this town that’s so impressive – people are always willing to help out,” she said.

Tickets for the play are available at the school office or at the door each evening.