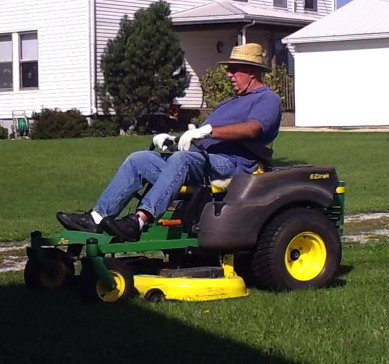 Graveside services will be held 10:30 a.m. Monday June 27, at the Oak Ridge Cemetery in West Liberty. Online condolences may be made to the family at www.hendersonbarkerfuneralhome.com.

The Henderson-Barker Funeral Home in West Liberty is caring for Sam’s family. Memorials may be made to West Liberty Gun Club.

Samuel Eugene Schneider was born Sept. 4, 1943, in Iowa City. He was the son of Leroy and Virginia (Bennett) Schneider.

He was a graduate of the West Liberty High School Class of 1961, following graduation Sam served in the United State Army Reserves.

On March 9, 1963, he was united in marriage to Mary F. Meyer, in West Liberty. Sam had been employed with Procter and Gamble in Iowa City for many years, retiring in 1995.

Survivors include his wife Mary of West Liberty, as well as two sons including Tim (Kathy) Schneider of Lee’s Summit, Missouri; and Chuck (Jeni) Schneider of Riverside.

His parents and a daughter, Lori, preceded him in death.,