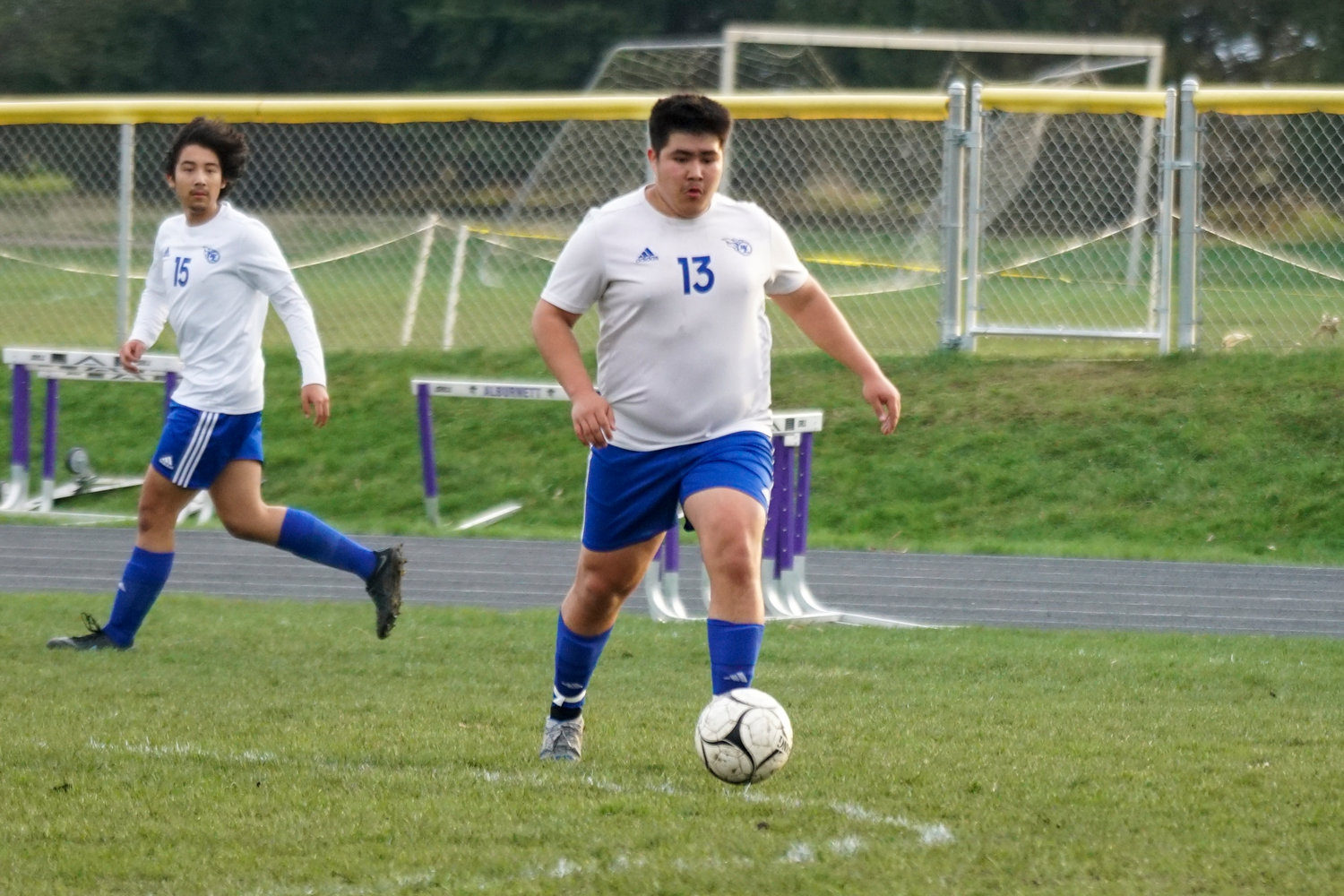 Adrian Frausto gets ready to pass to a Comet teammate.
Kohlton Kober for the Index
Posted Wednesday, May 4, 2022 1:32 pm

The West Liberty High School boys’ soccer team’s quest to finally beat rival Iowa City Regina ended in disappointment Thursday, April 28, as an error cost the Comets a goal and the visitors went on to take a 2-1 win after the Comets had taken a 1-0 halftime lead.

The team ended up splitting the week, falling 2-1 to Iowa City Regina and capturing a lightening shortened victory over Cedar Valley Christian on Friday. The team of coach Walton Ponce is now 7-1 on the season before Tuesday’s make-up match with Muscatine in West Liberty.

The Comets struck first in the tenth minute of play, as senior Josh Zeman put the ball in the net off a Jahsiah Galvan assist, giving the Comets ahead 1-0. An error in their own box saw the Comets commit the own goal and tie the game 1-1. The teams headed into the locker room tied.

The Regals scored the go ahead goal in the 49th minute of the game before the Regal defense locked down the Comet attack for the remainder of the contest, taking the slim 2-1 victory.

On Friday, the Comets headed to Alburnette to play Cedar Valley Christian. The first goal of the contest wasn't scored until the 21st minute, when Zeman found the back of the net to give the Comets the lead.

Juan Mateo hit back to back goals in his return to the line-up, connecting in the 37th and 40th minutes to give the Comets a 3-0 advantage going into the half. Jahsiah Galvan scored the lone goal of the second half before the match succumbed to the weather.

The Comets will host Clinton on Friday, beginning at 6:30 p.m., proceeded by a junior varsity game at 5 p.m., before heading to play Assumption in Davenport the following Tuesday, May 10, at 7 p.m. Last year, the Assumption game went into overtime before the Knights pulled out a one-point win.