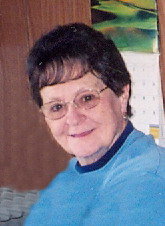 A celebration of life memorial visitation will be held from 4 to 6 p.m. Friday, Nov. 18, at the West Liberty Country Club located at 1248 Country Heights Lane in West Liberty. Private family inurnment will be held in the Oak Ridge Cemetery.

Orma Darleen was born Jan. 9, 1935, and was the daughter of William Leslie and Mary Orma (Dalton) Chelf. She was a graduate of West Liberty High School in 1954 and played on the team that had two appearances at the Iowa State Women's Basketball tournament.

Orma was employed with the West Liberty State Bank, Casey’s and at the Muscatine County Fairground’s.

She was an Iowa Hawkeye Fan and enjoyed all sports, drinking coffee and visiting about the old days.

Her parents, a sister Dorothy and a brother Don, preceded her in death.