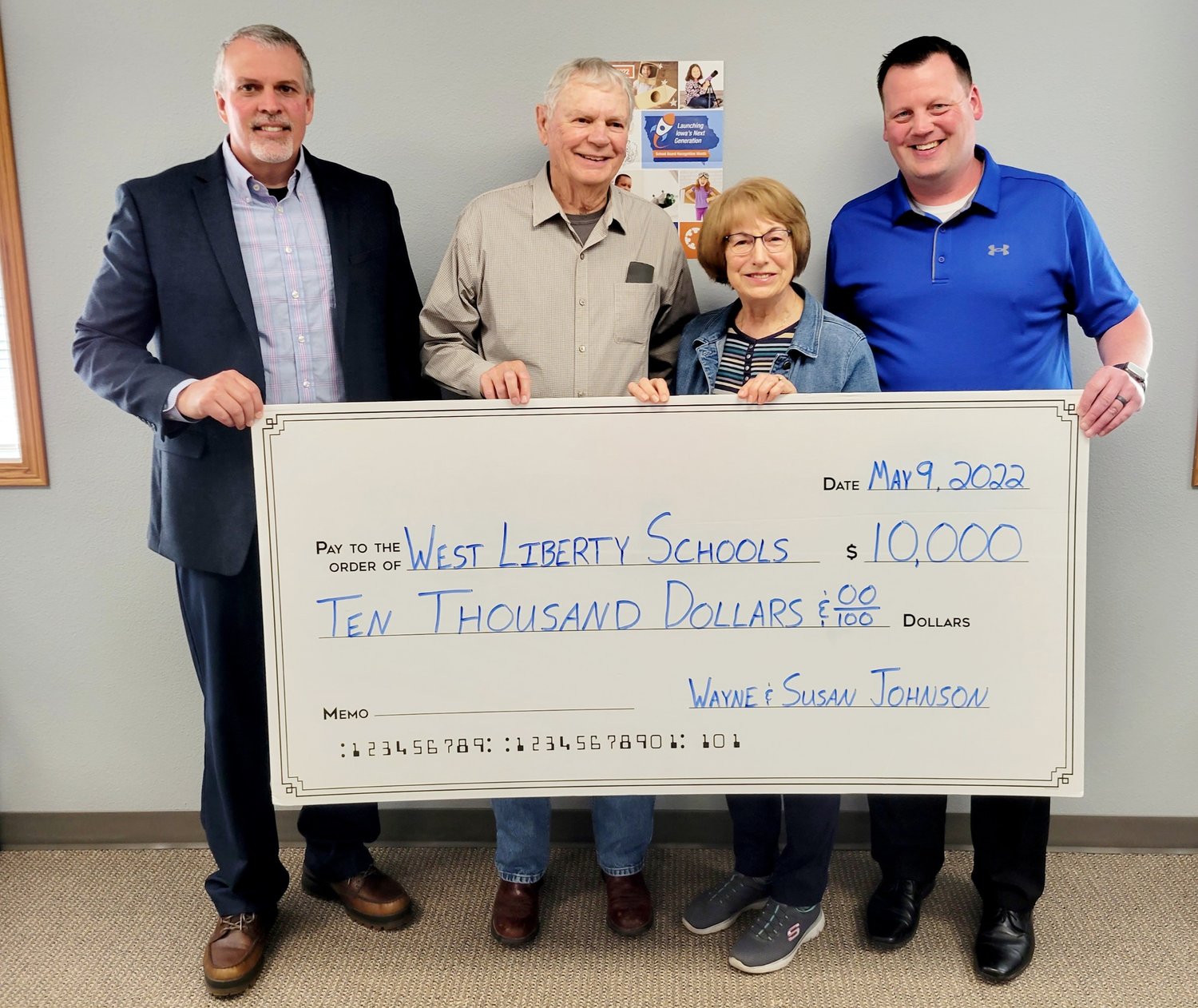 Former West Liberty High School track coach, Wayne Johnson, and his wife, Susan, of West Liberty, have given $10,000 to the athletic complex project. They are pledging funds to help create a patio and seating area by the concession stand, which will be located in the center of all the ball fields. This will be a new feature that the district does not have at the current facilities.

“We have gone all over to watch our grandchildren play sports. I noticed patio areas with shade and seating at a few places we’ve been to and thought it was so nice for families, children, and grandparents,” said Susan Johnson.

“West Liberty started their girl’s track program later than other schools, but we got things kicked off in 1977 and 75 girls showed up to the gym that first night,” said Wayne. “Several teams I coached were excellent sprinters and athletes. They held some school records for many years.”

The Johnson’s are following the press on the new athletic complex and are excited to see the much-needed facilities come to life, especially the track which has been band-aided a few times over the years.

“As soon as all the information came out, we thought it was wonderful,” said Wayne. “I’m very interested in the track because in the past we’ve had short cuts for various reasons. We really want to see this done right, and we believe it will be with the current administration. We are happy to give money, so the district doesn’t have to make cuts.”

The current track has buckled after several repairs over the years and has been taken out of use for safety reasons. The plan is to host events on the new track in spring of 2024. The new track will be an international 8-lane track, which gives the district the ability to host more events and larger events.

“We cannot host state qualifying meets on our current track because it is too small. A qualifying meet brings in 24 teams. That is a lot of athletes and families coming to town and spending money,” said Activities Director, Adam Loria.

The district plans to consult with various experts in the track and field area when final construction documents are drafted.

“We have seen mistakes made by other schools, and we want to avoid that. We have many coaches and athletes, current and former, to tap into for feedback and we plan to use them as much as possible,” said Superintendent Shaun Kruger. “We’ve enjoyed meeting these individuals and learning about the history of our athletics programs. On behalf of the district, thank you to Wayne and Susan Johnson for this most generous gift.”