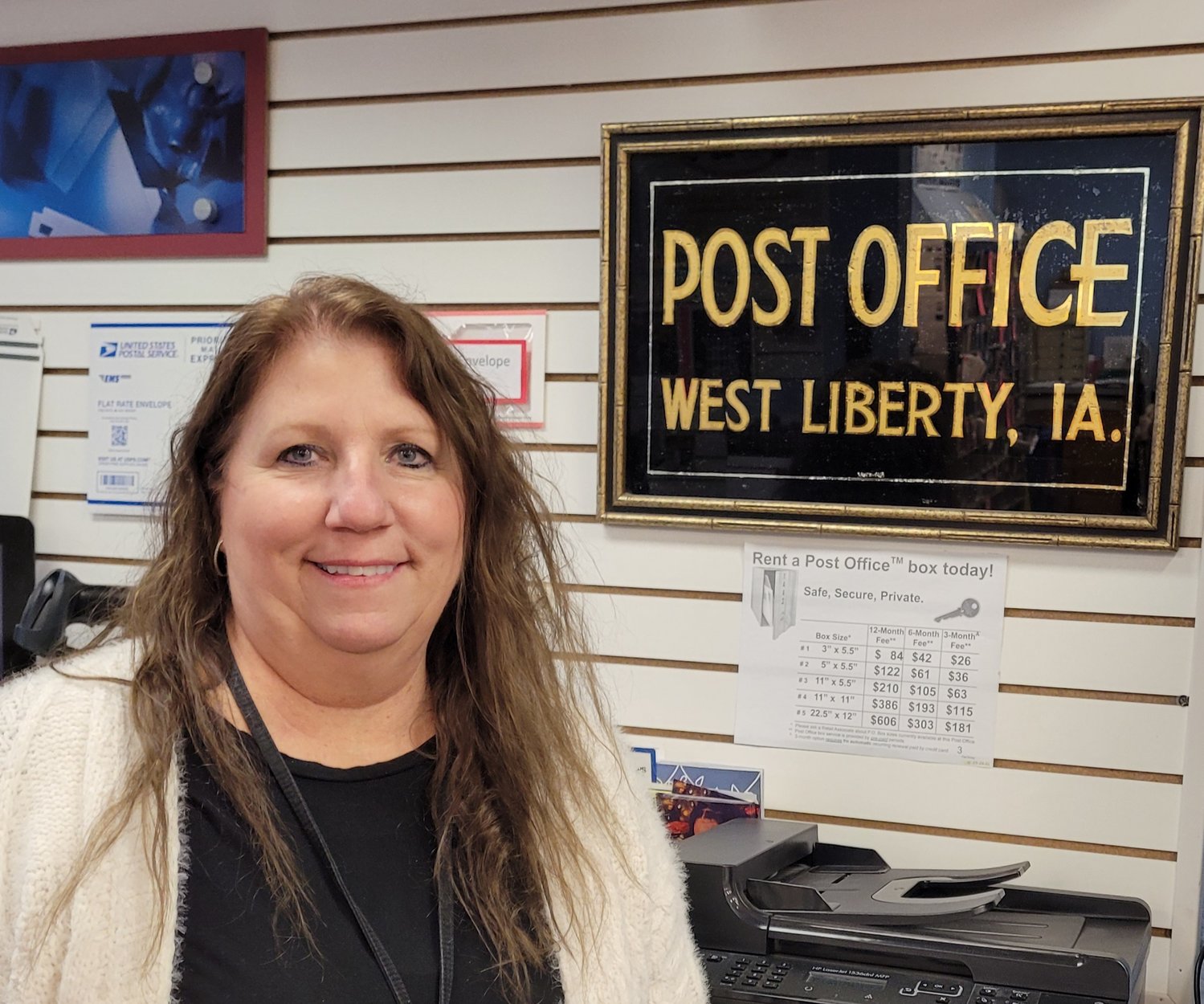 A West Liberty resident has been identified as a "Hero!"

Postmaster Xann Rodgers-Mather was presented with the Postmaster General “Hero” Award for her selfless display of civic duty in assisting a West Liberty community member who was being scammed out of thousands of dollars at a special ceremony in West Liberty on Jan. 5 at the post office

Xann is a well know face to local postal customers. After being a carrier in West Liberty for 18 years and a USPS employee for 30 years, Xann knows her community members and welcomes everyone with a warm smile and a depth of knowledge.

In May 2021, Davenport Postmaster Deb Droz was contacted by a fellow West Liberty alum, stating she wanted to express her genuine appreciation for Xann. A group had targeted her elderly mother and convinced her to send them large sums of money.

When she went to the West Liberty Post Office, Xann recognized the signs of a scam and explained the concerns that she had to the women. She was able to persuade the customer to abandon her plan to mail off the cash she had withdrawn from her account. With her thanks, her daughter explained that she could have potentially lost $30,000 of her savings.

Manager of Post Office Operations, Lee Moser, presented the certificate to Xann on December 29, 2021 at a short ceremony in her office. While Xann shrugs off the praise as just another day at the office, she also admits the West Liberty staff recently saved another customer from mailing out $15,000 to scammers.

She is concerned that people target those who have worked so hard for their retirement. “These are people on fixed incomes, that do not have the money to lose,” she said.

A picture of Rodgers-Mather will be prominently displayed at the USPS Headquarters in Washington DC on their Wall of Heroes.

The United States Postal Inspection Service shares the following tips to protect yourself and others against mail fraud.

– Information: Don’t give your financial information- Social Security number, credit card, or bank account numbers to anyone you don’t know and trust.

– Get all information in writing before you agree to enter a contest, make a purchase, or give a donation. Don’t be pressured into making an immediate decision.

– Check out the company online or with a consumer advocacy group such as the Better Business Bureau, State Attorney General’s Office, or FTC.

– Consult with a friend: Discuss any promotion, offer or fundraising appeal with a trusted friend, or relative before making a commitment or sending payment.

– Read the fine print: Read everything given or mailed to you – including the “fine print” before taking action.

Xann went on to explain that customers are frequently told they “can’t tell anyone” or they won’t win the prize they are promised. It is yet another tactic of the scammers to keep the individual isolated and away from others who might recognize their illegal activities, she said.

In this case the bad guys were thwarted and the customer was saved due to due diligence, an educated eye, and a Postmaster who truly cares for her community members.