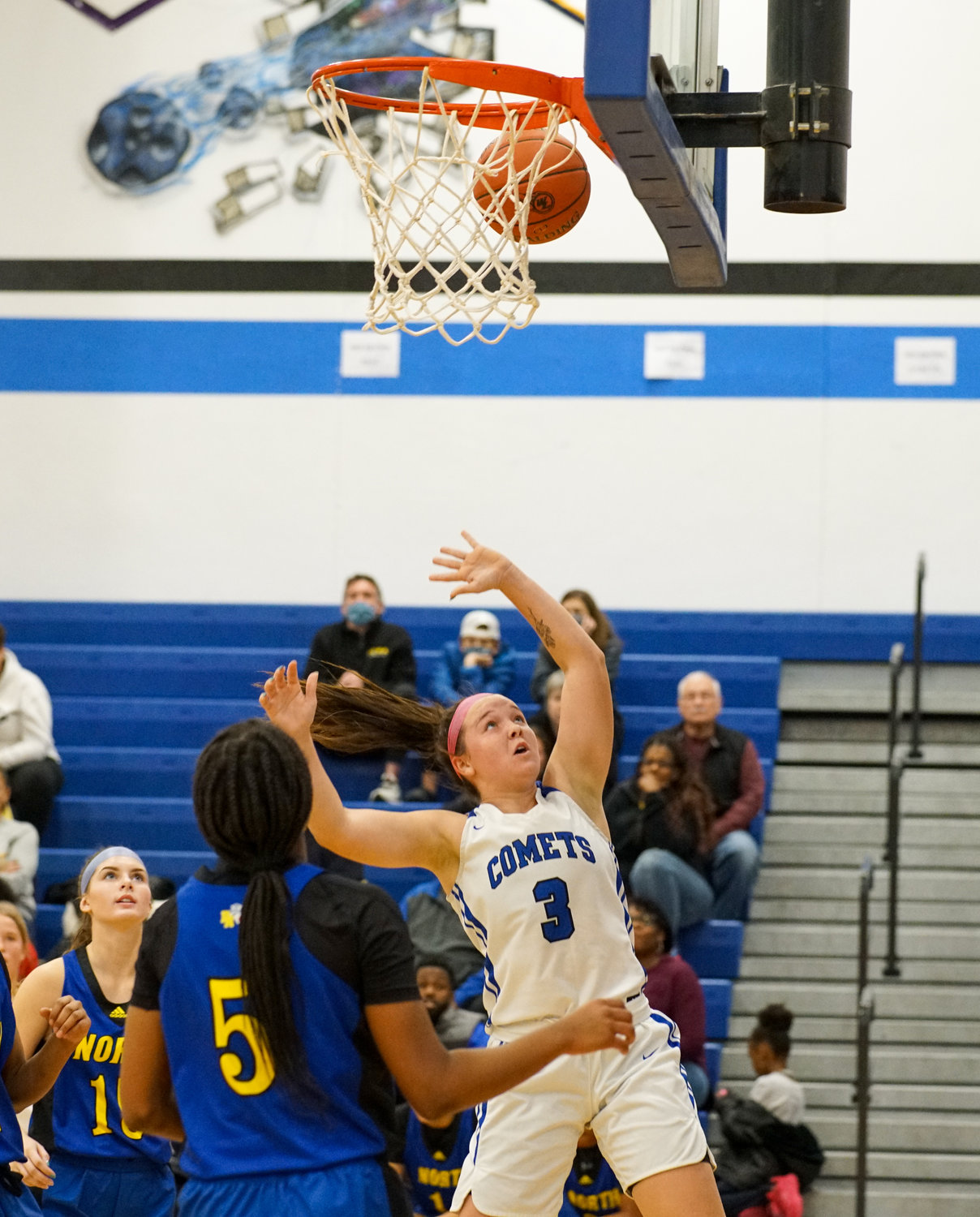 Facing his third season and bringing back the most experience the Comets have had after two successful seasons, West Liberty High School girls basketball coach Matt Hoeppner believes his team has the makeup to make a run at the Iowa 3A state tournament.

Ranked ninth in the state (the highest of any River Valley Conference team) after boasting a 16-6 season a year ago and going 19-5 in 2019, the Comets return their three top players, all varsity letter winners from a year ago in seniors Sailor Hall, Macy Daufeldt and junior Finley Hall. Add in another Hall sister, Pearson, a freshman, and the team has quite the nucleus to build around.

“We are taking this season day by day and working to learn and improve every day,” Hoeppner said, noting the strength of the team is their experience, “coupled with the seamless transition of the freshmen girls that have joined the team.”

The Comets opened their season Saturday in a “Hall of Pride Scrimmage” against Davenport North, winning 54-46. The team hosts their first game against Mid-Prairie in RVC play beginning at 6 p.m. on Tuesday, Nov. 30, before going to Durant that Friday, Dec. 3 for a 6:15 clash.

The team has a 21-game regular season schedule excluding a Saturday, Jan. 8 “IHMVCU shootout” at Augustana College in Rock Island and a two-day overnight Dec. 3-4 tournament in Johnson near Des Moines, both of which Hoeppner said will bring new challenges and competition for the team, something they will need to prepare the Comets for state tournament play.

The coach says the success of the volleyball program this year in taking second at state may also help. “Any time another program in our school does well it helps the other programs. With girls playing multiple sports they learn different things that can help in others.”

The coach said one thing the team should have learned from last year’s success is “staying patient when times get rough.” He said the team will compete at a high level to always allow the Comets an opportunity to win the game, possibly looking to reset a school record win mark set two years ago at 19.

Hoeppner says his Comets should be a favorite in the conference because of the experience returning, but says you can’t count out Mid-Prairie, Iowa City Regina and Wilton in the south division while Cascade should be a standout in the north division.

Rounding out the roster for the Comets is sophomore Paige Werling as well as freshman Sophie Buysse.

The team lost in the Regional last year to West Burlington, a 20-1 team, after the game was tied going into the fourth quarter. The team also just missed going to state the previous year, losing in the Regional final.

A sophomore, Finley Hall, was the Comet’s top offensive player in 2020 with 326 points to her credit after leading the team her freshman year with 12.7 points per game. She hit nearly 40 percent of her field goals (109 of 276) and nearly 30 percent of her three-point shots (44 of 149) while courting the second-best free throw percentage at 73.6 percent (64 of 87) and finishing second on the team in rebound with 118.

Junior Sailor Hall was the third leading scorer for the Comets last year with 287 points to her credit while leading the team in assists and steals with 107 and 81 respectively. She hit over 40 percent of her field goals (97 of 240) and just under 29 percent from three-point range (28 of 97) while also leading the team from the free throw line, hitting on 75.6 percent (65 of 86).