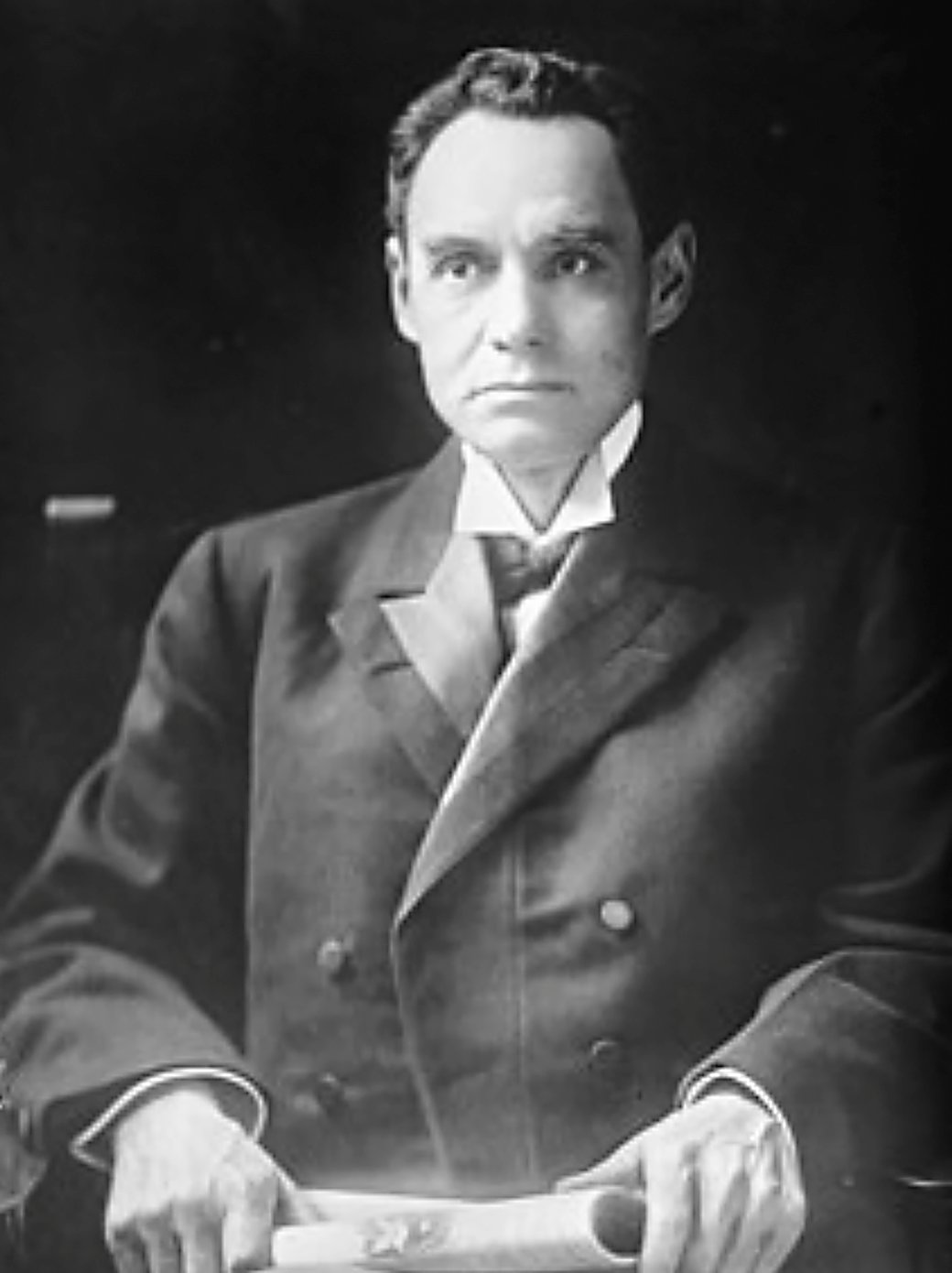 “No boy or girl should think of leaving school before he and she have finished high school course, and no teacher should be allowed in the schools who does not appreciate the tremendous responsibility which rests upon his shoulders.

The West Liberty High School is doubtless one of the oldest in the state and it should be proud of its graduates. But it must not rest upon its laurels in the past. Its record of achievement and its history should stimulate patrons, teachers, and pupils to the highest endeavor.”

These were the words of 1876 West Liberty High School grad Horace Emerson Deemer in a speech he made to the 27 students of his alma mater’s graduating class in 1915.

Born in Indiana in 1858, Deemer was the oldest of six children. His father was a lumber dealer and his mother’s father was an agent for the underground railroad.

In 1866, the family moved to a farm in Cedar County, near West Liberty. Deemer attended public schools, and while helping his father in the lumber business and furniture store, became a competent carpenter.

He also learned how to earn a living by selling fruit along the West Liberty railway lines.

Deemer went on to earn a law degree from the State University of Iowa in 1879. During this time, he also worked briefly as a janitor at West Liberty schools. Following his admission to the bar, he moved to Nebraska and joined a law firm. Unhappy in Nebraska, he returned to Iowa where he and a former college classmate set up a firm in Red Oak.

Deemer married Jeanette Gibson in 1882, and they had two daughters.

In 1866, at age 27, he ran for district judge and won. He was even re-elected for another four-year term.

In 1894, the Iowa legislature had increased the number of Supreme Court judges from five to six. Governor Frank Jackson had known Deemer at SUI and appointed him, at age 35, to the vacancy. He provided to be an exceptional judge, and prodigious worker. He wrote all his opinions (2.000 in 22 years) in pencil, in a fairly illegible hand, it’s said.

“So rapid is the flight of time….it hardly seems possible that it has been forty-five years since I entered the West Liberty High School, and 37 since I left its doors for good…..

From the lower grades in the common schools, to full maturity, is a far cry, and yet, every step is necessary to life, and the difference between the school world and the actual one is in degree only.

The teacher’s power over his pupils and his sway over their character is incalculable. He may fill them with ambition, hope, courage, determination, desire for an education, high aims and ideals, and a definite purpose in life, or he may so perform his functions as to make no lasting impressions. He may do this work in a nonchalant easy fashion, drawing his salary and glad when the day’s work is done, or, he may have deeply at heart the welfare of his pupils and an intense desire to see them succeed and prosper.

And then, there was and is the old brick schoolhouse, first the main room, as I now remember it, and later with its new addition to the east; and the old playground, where we learned the two American games ‘shiny’ and ‘baseball’, and with them some actual lessons in life, which provided helpful in future years. Here we learned something of good natured rivalry; how to lose, as well as how to win . . .

. . . We were taught some of the fundamentals in the good old-fashioned way. Do you remember those problems we worked out on the blackboard? Those exercises in mental arithmetic? . . . Who, of that day, has ever forgotten them? Well, we knew each other pretty well those days, or at least we thought we did, and from each other we learned much. . .

We had none of the disadvantages of a small school, where five or six are gathered in the name of education. We had our dreams and our ideals, and we had our prophets and prophetesses—but even the last among them, the one who read the horoscope on graduating day—miserably failed.

I remember a little gathering of my class, shortly before that eventful day, when we were confiding to each other our future plans and hopes. One classmate said ‘Well, I propose to live off my brains.’ ‘If you do,’ a bright girl said, ‘You will have to eat them.’

Let no boy assume in advance that he can live off his brains; for he will find, when he gets into the world, that nothing comes save great labor.

Of the members of my own class, many are dead, and those who remain are scattered all over the continent. None, perhaps, have followed the exact course which they expected to take, but, so far as I know, none have been guilty of any conduct to bring discredit upon their school. With such teachers as we had, it would be quite impossible for any to go astray. As my mind goes back to those old days, I am more impressed than ever with the importance of an education.”

Over the years, Deemer had a great passion for libraries, and organized the State Traveling Library of some 3,000 volumes, and also founded a splendid library at Red Oak. He lectured in the law department at SUI, refusing the deanship, instead becoming an honorary professor. He was active in many organizations as well.

In 1911, he’d ventured into politics in the Iowa legislature’s last election of a US senator. He was defeated.

Twice Deemer was recommended to President William Taft to become a US Supreme Court justice. Taft, however, reportedly found him to be ‘too liberal in his views’ and did not appoint him.

In 1917, Judge Deemer passed away at age 58, at the house on the hill he’d built in Red Oak, just two years after his West Liberty speech.

More interesting notes from this era found in my research:

West Liberty’s first high school commencement was on May 7, 1875, in the high school room of West school. Two graduated that year: Wilma Evans and Emma Henderson. It’s written that the diplomas were late in arriving, but the commencement went on as scheduled. The girls delivered their orations in fine style. Orations were the custom in that period, and the years that followed.

Soon, the number of students increased to the point that more space and equipment was needed, so in 1877 a new two-story building was built.

In 1879, 16 students comprised the graduating class. There were no graduating classes in 1881 and 1882. Sadly, it often happened that near graduation time students would pack up their books and leave school. It’s suggested that possibly the thought of writing and delivering an oration at graduation caused them to quit.

Phyllis Owen Sterba is a West Liberty High School graduate who writes history columns for the Index. Contact her at paeowens@gmail.com