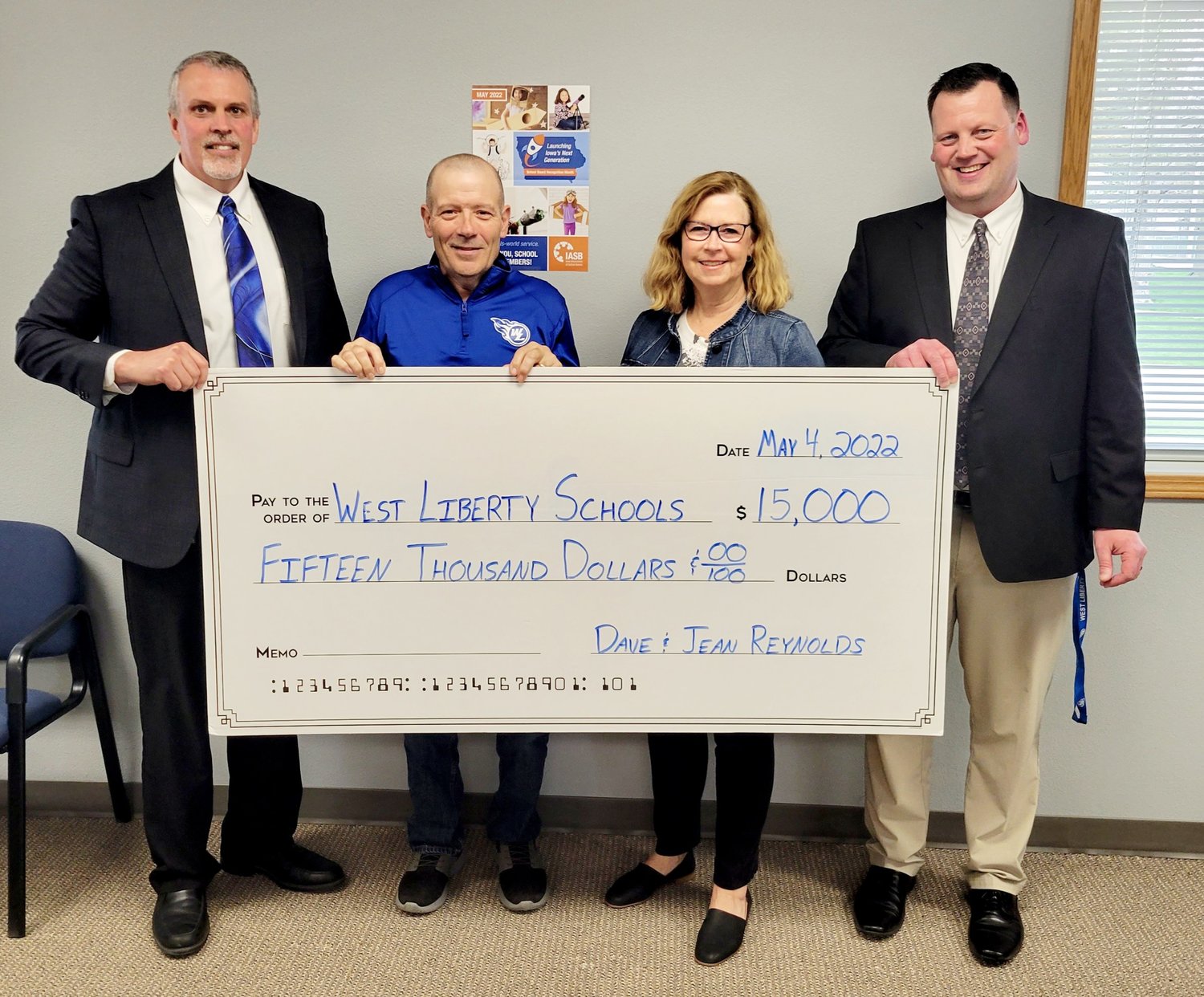 Former West Liberty High School head softball coach Dave Reynolds, and his wife Jean, are gifting the new athletic complex project $10,000. The Reynolds have also pledged an additional $5,000 in a matching challenge to softball alumni and their families.

“I’m so happy to see this project moving forward. When I was the head softball coach, we worked so hard on the field year after year and could never get it to where it needed to be. We have many challenges with the existing softball field, and it’s time for a new one,” said Reynolds. “I don’t think many people realize how many hours of volunteer work our coaches put in mowing, fixing, and maintaining our athletic facilities.”

Before moving to West Liberty, the Reynolds family lived in the state of Washington where Dave was an award-winning softball coach for 10 years.

“Dave is humble. He doesn’t like the spotlight, but he received numerous awards in Washington including being named a top volunteer in the state,” said Jean. “He has a real passion for women’s sports, and we believe this project will impact young women of all ages.”

After moving to West Liberty, Reynolds became the head coach at West Liberty High School for eight years and is still very active in the softball organization.

“I moved here and saw the need. Girls were struggling to learn pitching, so I thought I could help. I have two daughters that pitched at the college level, and I taught both of them,” said Dave.

This is the first matching challenge for the district fundraising campaign and the administration is excited.

“I’m pumped,” said Activities Director, Adam Loria. “First, it’s amazing to have a former coach stepping up this way. Second, we want to put out matching challenges, so we are grateful Dave came to us with this idea.

The gift from the Reynolds family will go to fund the press box for the new softball field.

“On behalf of the school district I’m honored to thank Dave and Jean for their gift,” said Superintendent Shaun Kruger, “but also for Dave’s years of service and continued work as a volunteer to make our softball program better.”