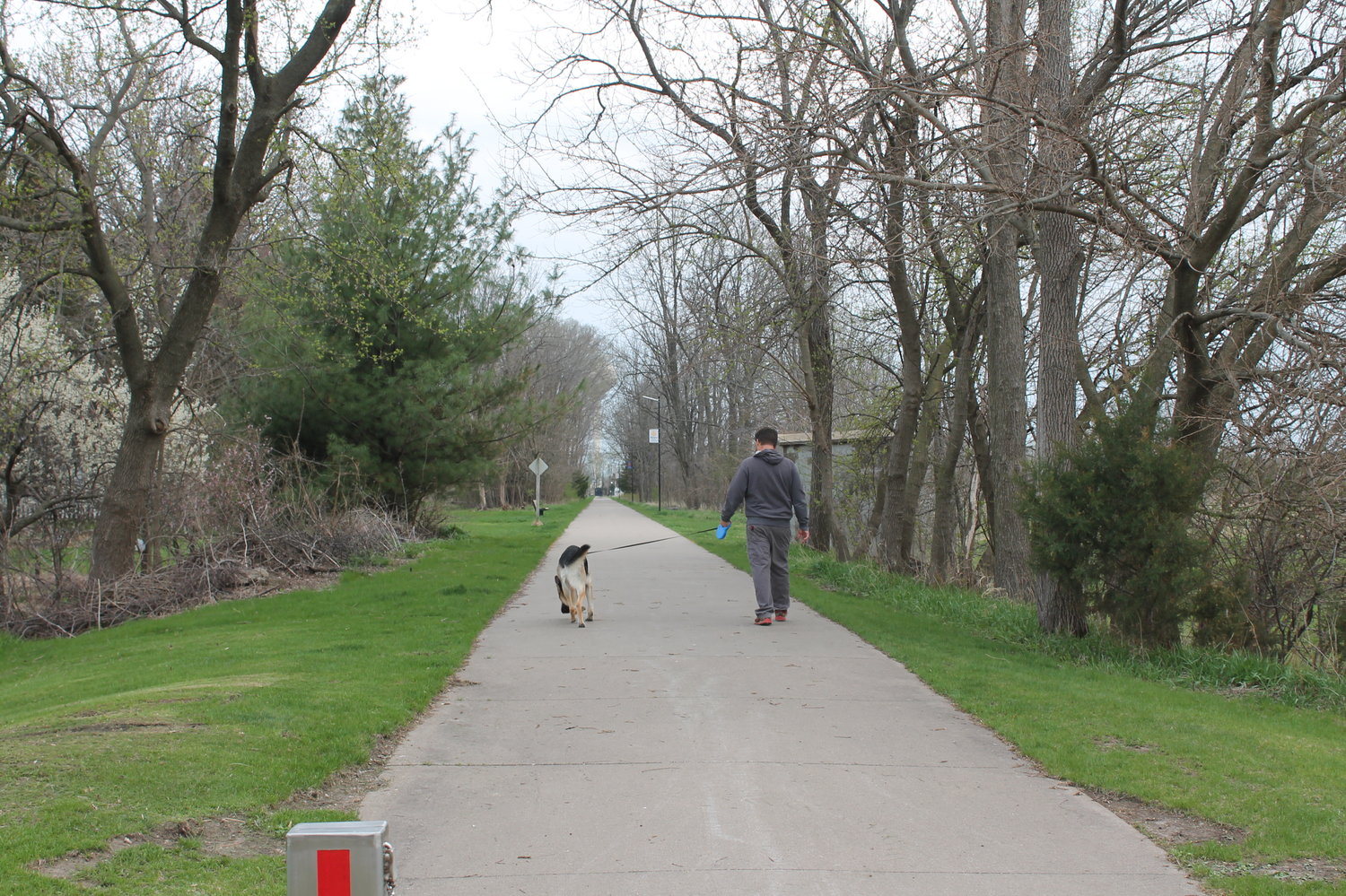 Dreaming big for West Liberty was the theme of a special WeLead Economic Development meeting hosted by WeLead executive director Ken Brooks late Wednesday afternoon, April 27, as about 12 community leaders gathered to talk over ideas in hopes of the community going after one or more federal American Rescue Plan Act stimulus fund “Destination Iowa” grants offered by the State of Iowa.

“Very rarely do we get a moonshot opportunity like this,” explained Brooks, who said the COVID-19 pandemic cost about just over a 46 percent decrease in unemployment and there was an overall 29 percent decline in visitor spending the past few years. But the federal government is investing $100 million in grants just for communities in the state of Iowa to go after opportunities to grow and enhance tourism in the state, providing four different grant opportunities for specific types of projects including significant economic development, outdoor recreation, tourism attraction and creative placemaking.

Brooks went on to explain to the group the differences in the four grant possibilities and the fact there could be as many as 900 communities eligible for the grants in the state. The group shared ideas – some of them really wild – as Brooks led the conversation, taking in the best ideas, yet not eliminating any from the conversation that lasted nearly 90 minutes.

His hope is to put together a grant application, or more, in hopes of making West Liberty not only a better place to live, but also more of an attraction for tourists. Applications can be made as early as May 9 but funded projects must be completed by June 30.

Ideas ranged from expanding the Heritage Hoover bike/walking trail, creating an Iowa-first Latino museum, rebuilding the grandstand and or Activities Center at the Muscatine County Fairgrounds, creating a small hotel, creating a larger-than-life turkey or puppet attraction, creating a botanical garden center, and even putting a roof over and closing off the downtown area to create a mall-like atmosphere.

There was even talk of creating more wall murals, a specific festival for the community, creating water splash pads in parks, an entertainment stage in Kimberly Park, a bike/walking trail to West Branch and even a home for a covered Farmer’s Market.

Brooks said others were invited, including city parks and recreation director Nick Heath, and hopes to hear ideas from them as well as the general public, although he wants to put a plan in place to draw up a grant application or more in the next few months, even though applications are being accepted as early as May 9.

There was a lot of conversation about the fact West Liberty needs a motel, more than what Lisa’s Place, which is owned by Browning and now for sale, has to offer. The giant house on the corner of Route 6 and Third Street has become too much for the Browning family to handle along with her other downtown retail business, forcing her to put the property on the selling block.

There was talk of a Wisconsin based motel company known as Cobblestone who places hotels in small towns that WeLead would check into and there was also talk of taking a downtown building and turning it into a small hotel as has been done in other communities.

The group seemed to think there was a demand for affordable accommodations, attracted by weddings, reunions and other community events like the Muscatine County Fair, Children’s Festival, and community sporting events, but it was pointed out the business community needs to drive that business, noting a survey needs to be done to figure out if that need exists among businesses like West Liberty Foods, the school district and J.J. Nichting Implement, as well as others. It was also pointed out there was a real need as well for temporary housing or long-term stays of up to a year in the community.

There was a lot of talk about rebuilding the grandstand at the fairgrounds as a larger attraction to draw more entertainment to the community, creating a civic center venue that would replace the Activities Center on the grounds, possibly including a Latino museum, lodging and a botanical center.

Meyers said the fair board is in the process now of hiring engineers to look at a rebuilding the decades-old amphitheater at the fairgrounds and may be going after a $50,000 grant toward the project.

Many of the grants in the “Destination Iowa” tourism revitalization program cover only a percentage of the overall costs, Brooks said.

There was also talk that West Liberty needed a major festival or event to draw people to the community besides the fair, Children’s Festival and Latino events. It was pointed out other communities have festivals centered around products or culture in their communities like Pella’s Dutch Days, Morton Illinois’ pumpkin festival and others, possibly even creating a “Turkey festival,” playing off the product of the city’s largest industry.

It was pointed out one of the greatest renovation projects the city has undertaken in the past is the creation of Ron De Voo Park in the downtown area, setting up a quaint place for shows, organization cookouts, events and simply relaxation.

It was pointed out the community needs to create a reason for Iowa City residents to come to West Liberty. He welcomed ideas from area residents who were not at the meeting and said a follow-up meeting would be held later in May. He said there were a number of people invited to the meeting that could not make it because of short notice as he was just learning about the grant program,.

Economically significant development is destined to provide assistance for projects that are primarily “vertical infrastructure” (land acquisition and construction) with a purpose of increasing tourism opportunities. To obtain the grant applicants will be required to demonstrate that at least 60 percent of the funding to complete the project is secured at the time of application in order to get 25 percent of eligible project costs.

Outdoor recreation can be used for things like regional trail connectors and major outdoor attractions. The application needs to demonstrate how the project will draw people from outside the community.

The tourism attraction grant is designed to provide assistance for additional tourism opportunities, but don’t qualify for the other two grants mentioned above. Eligible expenses include construction and remodeling, acquisition of property and equipment and related services such as electrical, architectural and engineering. The award can be up to 100 percent of eligible expenses for awards under $500,000.

For awards larger than $500,000, the grant will be limited to the lesser of 25 percent of the comprehensive proposal or 100 percent of eligible expenditures. Proposals that commit to a larger overall investment will be eligible for a larger grant award. Applicants will be required to demonstrate how the project will be a draw to people from outside of the local community and out of state and must also demonstrate the ability to positively project the state's image on a national scale.

The creative placemaking grant focuses on quality of life issues and is about creating attractive and memorable places for people to live and work by developing transformational projects that leverage local community assists to improve the experience for visitors as well as residents of the area.