Daufeldt, hurdlers among best in state 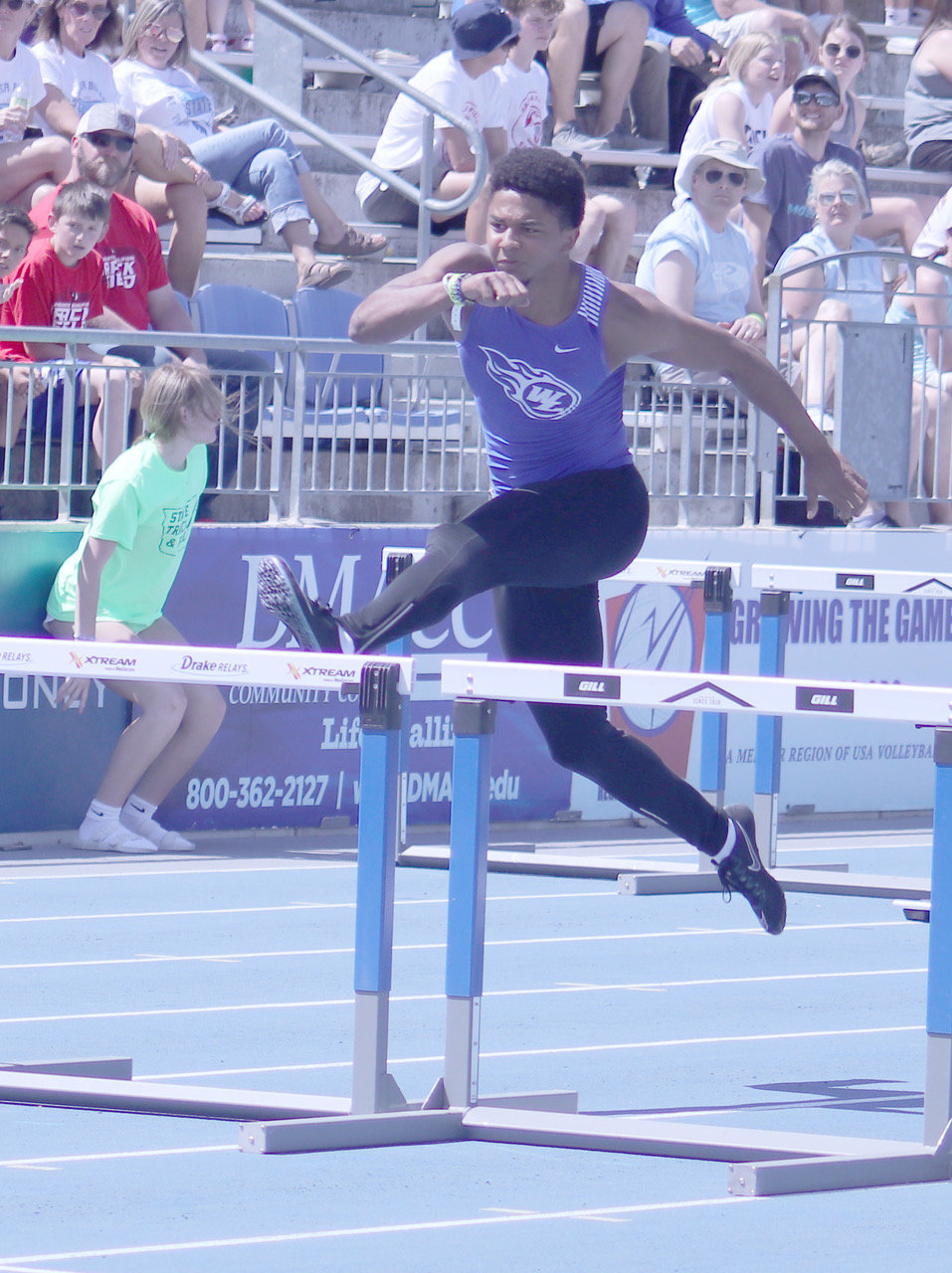 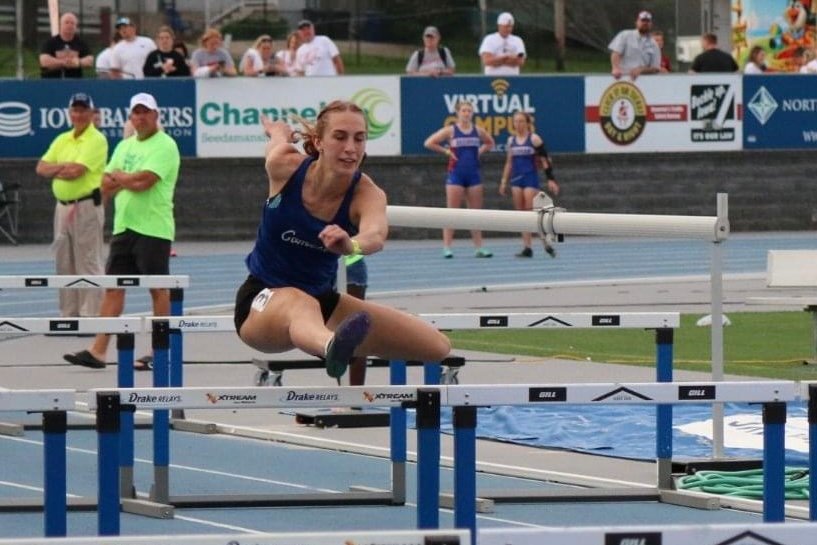 The West Liberty High School girls’ track team placed the highest at the Iowa state track meet that the school has finished in years last weekend, May 19-21, at Drake University in Des Moines.

The Comets placed 16th overall in class 2A, according to veteran head coach Michael Hart. He went back and did some research to see how West Liberty did at the state meet.

“I went back and did all the history back to the 90s and there’s only been nine of those 27 years that we’ve scored points,” Hart said. “And three of them we’re the last three years so there’s not many stretches where we’ve been able to bring girls up and score consistently so seeing three years and scoring consistently out of all those years I think that’s a lot to go off of.”

This year the girls track team accomplished many things in their conference and at the state level.

“We’re the fourth highest River Valley Conference team,” Hart said. “Fourth team in our conference, which compared to where we’ve been is significantly higher.”

Macy Daufeldt also broke the school record in the long jump at the state meet by jumping 18-0 ½, which was her personal best, according to the results from the state track meet. The leap was good enough for second place in the state for the senior who plans to attend Drake

Daufeldt also placed fifth in the girls 2A 100 meter hurdles with a personal best time of 15.66.

The girls 4 x 100 shuttle hurdle placed third overall at state with a time of 1.08.90. The girls who ran on that team were Sydney Rivera, Rylee Goodale, Laney Esmoil and Daufeldt.

Throughout this past season Hart pushed the girls to do some hard work but he said he is grateful for their efforts.

“I asked some crazy things from them and it’s hard to believe sometimes when I tell them the things we can accomplish,” Hart said. “I don’t think they believed that and then at one point this year the shuttle team ran a time that was number two in the state and they were like ‘what, you’re serious?’”

Gaining the girls trust and seeing improvement throughout the year was what Hart liked most about this season, he said.

“We’ll miss this season but we’ll also look forward to next year as well,” he said. “Most people are coming back.”

Hart is looking to Rivera for leadership on next year’s team since she is the only girl who will have experience from the state meet.

“Out of the girls who from state I think Sydney can be a really good leader,” Hart said. “She’ll be a senior next year. She’s not very vocal but she’s one that leads by example. She does all the right things.”

A couple of juniors Hart would like to see take a leadership role on the team are Alyssa Sanchez and Goodale.

“They weren’t up at state this year but they put in just about as much time as anybody else,” he said. “And even Pearson Hoff, who will be a sophomore and as a freshman she was a leader. There’s a lot of girls that have the same goal in mind in making this team better next year.”

Sanchez and Goodale even drove up to Des Moines to watch their teammates run in the state competition, which meant a lot, Hart added.

“Most of our team is young,” Hart said. “We lose Maci as a senior and Sailor and Grace for throws but the core of our team is young. I know a lot of people are asking how we’re going to replace Macy but we a good group of girls that want to work hard but we’ll be sitting better as a team next year I think.”

During the off season, the girls will condition through weight training and hopefully through the summer running program that Hart wants to bring back.

“Last time we had it fired up pre-COVID, we had football guys come to that,” Hart said. “It will be good to see some of those track girls because not a lot of them do a winter sport or even a fall sport so it will be good to see them more active through the year. I think it will help.”

There will also be open gyms planned before the season begins next year, he added. “Most of the girls are pretty active athletically,” Hart said. “They’re going to be out for sports in the fall and in the winter. I know have some requests from the girls to leave some of the hurdles out over the summer and leave the high jump pit.”

The West Liberty High School boys’ track and field team saw a ninth place finish from Caleb Wulf in the 110 meter hurdles, clocked at 15:28, just missing the finals by .09 seconds.

The senior was also part of the 4 x 110 meter high hurdle shuttle team that also included Jayce McHugh, Ryker Dengler and Jahsiah Galvan, which was disqualified in the finals.

Comets one game away from going to state again

Daufeldt, hurdlers among best in state