Fight continues between city/fire department; but Sickels retains role as head of department 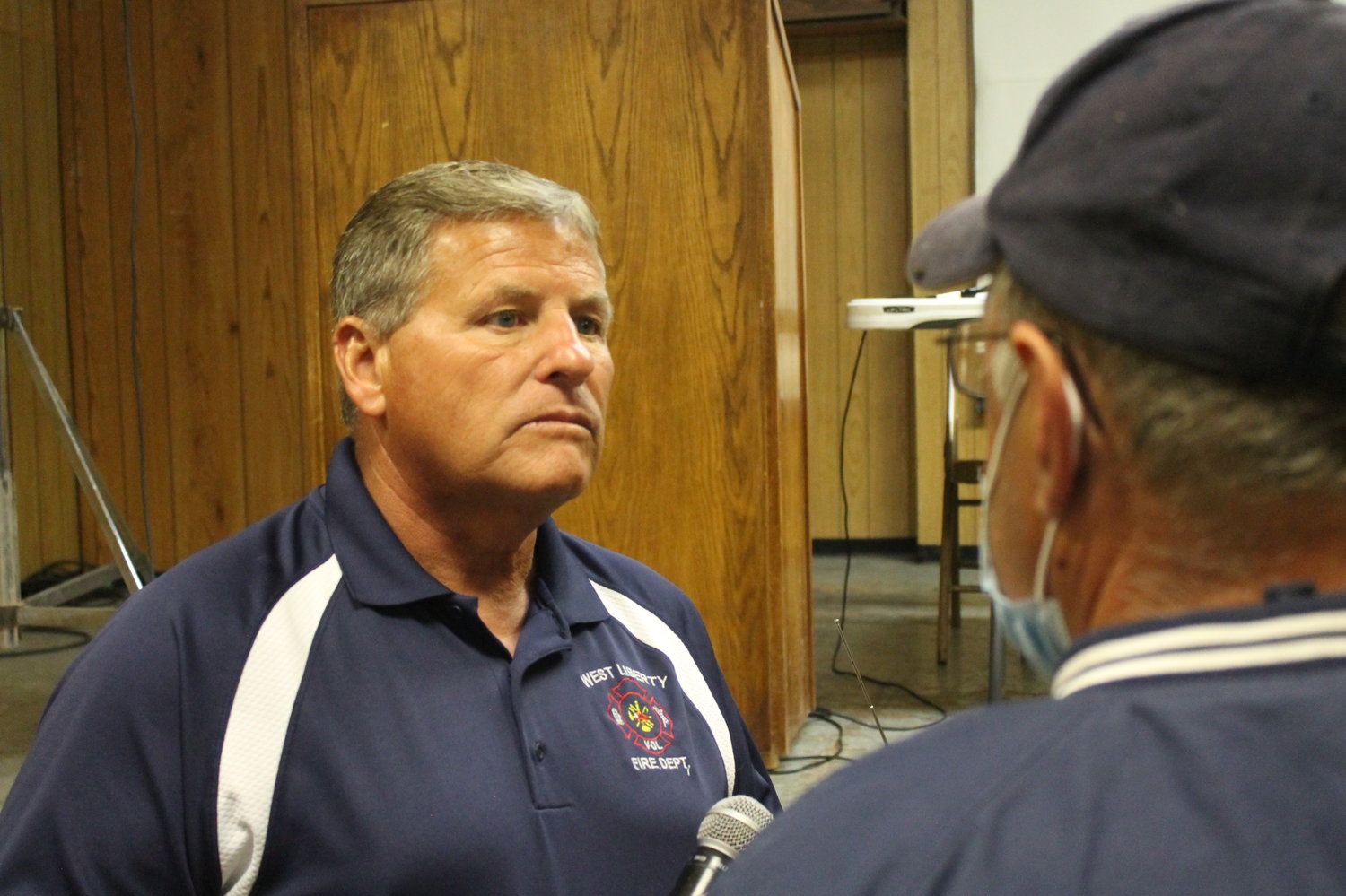 Council member Jose Zacarius says communication is a major problem between the city and the West Liberty Fire Department.

That conclusion comes after three of the five city council members voted against the appointment of Kirt Sickels as the West Liberty Fire Chief Tuesday, Jan. 4, at the meeting of the City Council at the West Liberty Public Library.

Zacarius says he has nothing personal against the fire chief and said his intention is to sit down and negotiate with Sickels, saying the problem won’t be resolved in a general council meeting.

“I don’t feel comfortable – it’s like walking with a rock in my shoe,” he said, adding. “Communication hasn’t been good.”

The council seemed stagnant with the decision without an opinion from the city’s attorney, Jamie Bosten, who was not able to attend the meeting due to a surgical procedure this week, according to McFerren.

After the meeting, city administrator David Haugland said he assumed Sickles will continue to serve as fire chief, although, with the city’s vote against the appointment, the council awaits Bosten’s advice on the matter. He did not know when the council would get that advice to take any further action.

Other council members who voted no

Diane Beranek, another council member who voted against the appointment, said due to the on-going litigation with the Fire Department, she cannot go into a lot of details in commenting on her vote regarding the appointment of the chief by the city.

“I will say that I lack confidence in the leadership, responsibility, and accountability of the current Fire Chief, given all that the city has been through in the last two years. At this time, even without council approval, the chief remains in his position, as voted on by the fire department”

Council member Cara McFerren had an even broader explanation for her vote. “My reasons for my vote (at the Jan 4th council meeting) regarding the Fire Chief appointment is not a personal one, but based on aspects of leadership I consider necessary,” she said in a written statement to the Index.

“Keep in mind that I am not speaking for any other council members, the council as a whole or the administration. I am also bound by a level of confidentiality of what I can and can’t speak of in regards to conduct or HR/personnel issues for any employee (employees), as well as to any ongoing litigation.

"According to West Liberty city code:

The Fire Department may adopt such constitution, bylaws, rules and regulations for its government as the members thereof may deem best adapted to accomplish the objects of the Department, subject to the approval of the City Council and subject to the laws of the State and the provisions of this Code. (1975 Code § 4-1-3)

B. Officers Of Department: The members of the Department shall elect annually from among their own number an Assistant Chief or Chiefs, secretary, treasurer and such other officers as they may require in accordance with the constitution or bylaws of the Department and in the manner provided therein. (1975 Code § 4-1-4)."

McFerren went on to say: “Our current code states the volunteers can chose who they want to lead them, but it does need an appointment by council vote. In order to approve any appointment, I must consider the facts and engender trust and confidence with any individual(s) taking on a leadership role.”

“My criteria is based on facts reflecting: proven qualities in leadership and accountability through management of staff (or position), oversight of a department or team, the demonstration of support and team building regarding the share of responsibilities with fellow departments or administration as well as conduct and the ability to uphold policy and direction,” McFerren wrote. “It is not based on anything personal towards any one person, persons or department,” she continued.

“I take my position as an elected official very seriously and in doing so, I try and make the best possible decisions for this community without personal biases, in equity, and with the upmost fiscal responsibility that there is by considering the facts and knowledge of the past, the present situations and future implications within the boundaries of the law and policies in place,” McFerren finalized.

The new mayor, Katie McMullough, had added a last-minute addition to the meeting agenda in seeking a discussion and follow-up on the 28E agreement with the Rural Fire District and West Liberty Fire & Ambulance Department, but before the issue came to the forefront, decided to change her mind, saying the timing wasn’t right.

She was advised by Haugland that the agenda item could be tabled until the next meeting.

“Due to the event of the evening, I’d like to table agenda item F to the next meeting,” she started before citizen Mike Duytschaver asked if he could speak, questioning the fact the city’s lawyer was not present at the meeting and if that was unusual that he did not attend, noting it might have made the vote on the chief that evening more clear to the public.

Council member Beranek made a motion to table the discussion, saying, “We don’t seem to be going nowhere.”

Council member Dana Dominguez spoke up in saying she’s like to know if the chief would like to speak before the board.

“We need to open up communication to move forward,” McCullough pointed out.”Tonight is not the night to do this. I will be the first to apologize for that,” she said.

The mayor went on to point out this was her first meeting in running the council and said, “That was a lot for me tonight.” She hoped for legal council for the next meeting.

McCullough said it’s “unfortnate that’s where we are” and said she would support whatever the council decided. The council did vote to table the discussion until the next meeting.

Earlier in the meeting, Paul Reed, a West Liberty resident who is also a fireman who said he’s spent 156 hours of training “working next to this man every day” in talking about Sickels, was visibly upset over the decision by the council, attempting to address the council during the public comments portion of the meeting after McFerren made a comment about Reed’s e-mails to the council regarding comments made at the last December meeting.

McFerren tried to clarify her statements, and Dominguez said there was “a lot of misunderstanding” about the statement.

Beranek was upset with the entire conversation and Mayor Katie McCullough told Reed, ”it’s not happening tonight.” Reed. apologizing before leaving the premises, said it will only take “200 votes” to change things in the next election.