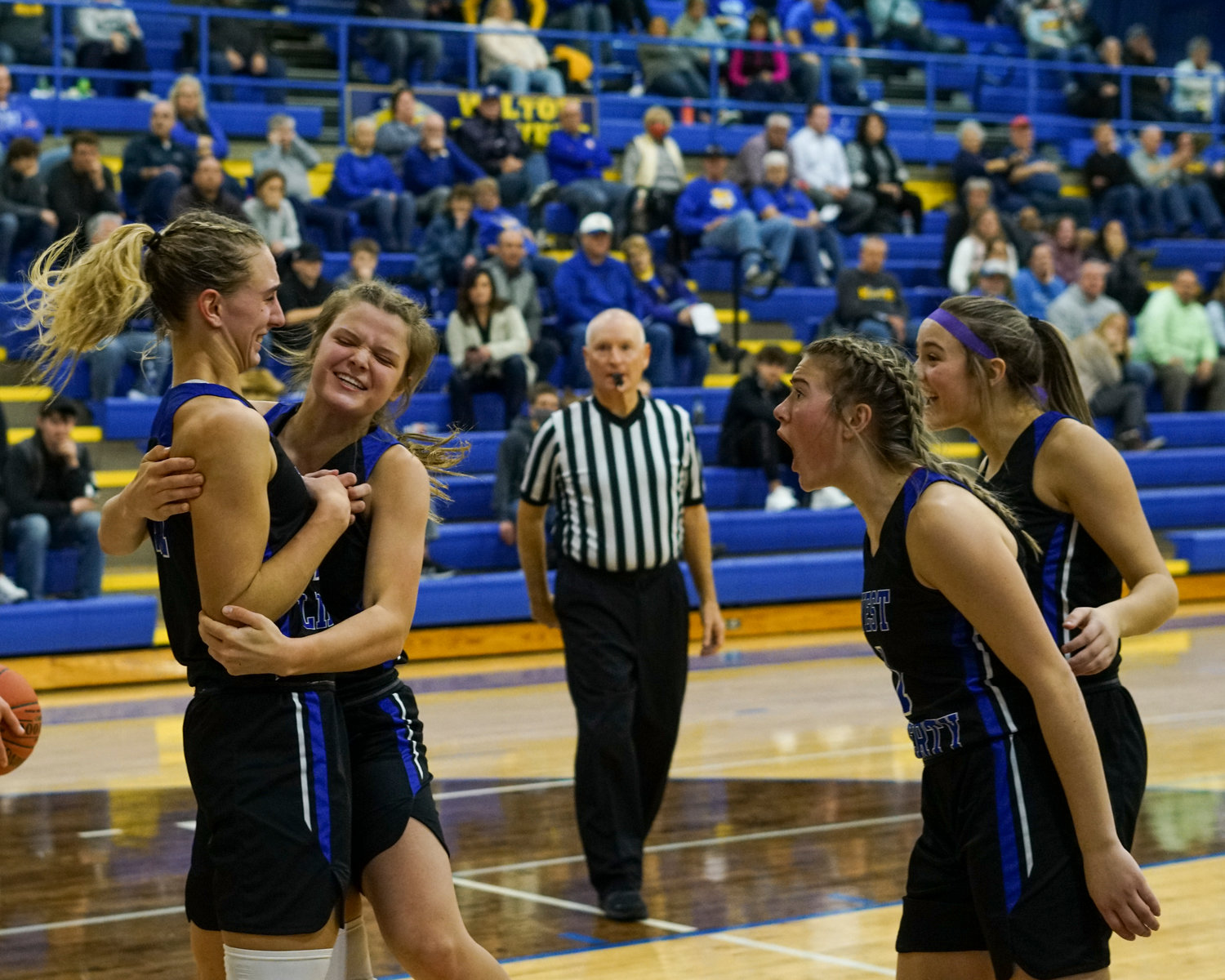 The Comets of Coach Matt Hoeppner improve to 9-3 on the season and are 8-2 in conference play.

The Tuesday, Jan. 11 matchup saw the Comets trailing early, as Wilton captured an early lead and extended it through the first quarter, taking a six-point advantage, 11-5.

The Comet offense couldn’t be restrained forever. Propelled by senior center Macy Daufeldt’s eight second quarter points offensively and some sharp defense, the Comets were able to claw back the lead and head into the locker room tied at 18.

Wilton’s spark returned in the second half as Kelsey Drake and the Beavers regained and built their lead through a series of defensive stands, holding the Comets to just six points in the third quarter.

Trailing 28-24, the Comets needed to reclaim momentum to claw their way to victory and the Comets rose to the occasion in the fourth quarter, outscoring the Beavers 22-8 in the final frame. Most of the work came from the free throw line, to chip away at and secure the lead away from their rivals, eventually cruising to a 46-36 victory.

Daufeldt scored 25 points for the Comets in the victory. She also recorded eight rebounds and three steals. Senior Sailor Hall added 11 more points along with six rebounds and steals as well as five assists.

West Liberty then visits Camanche on Saturday at 1 p.m. before heading to Mid-Prairie Monday for a make-up game beginning at 6 p.m.