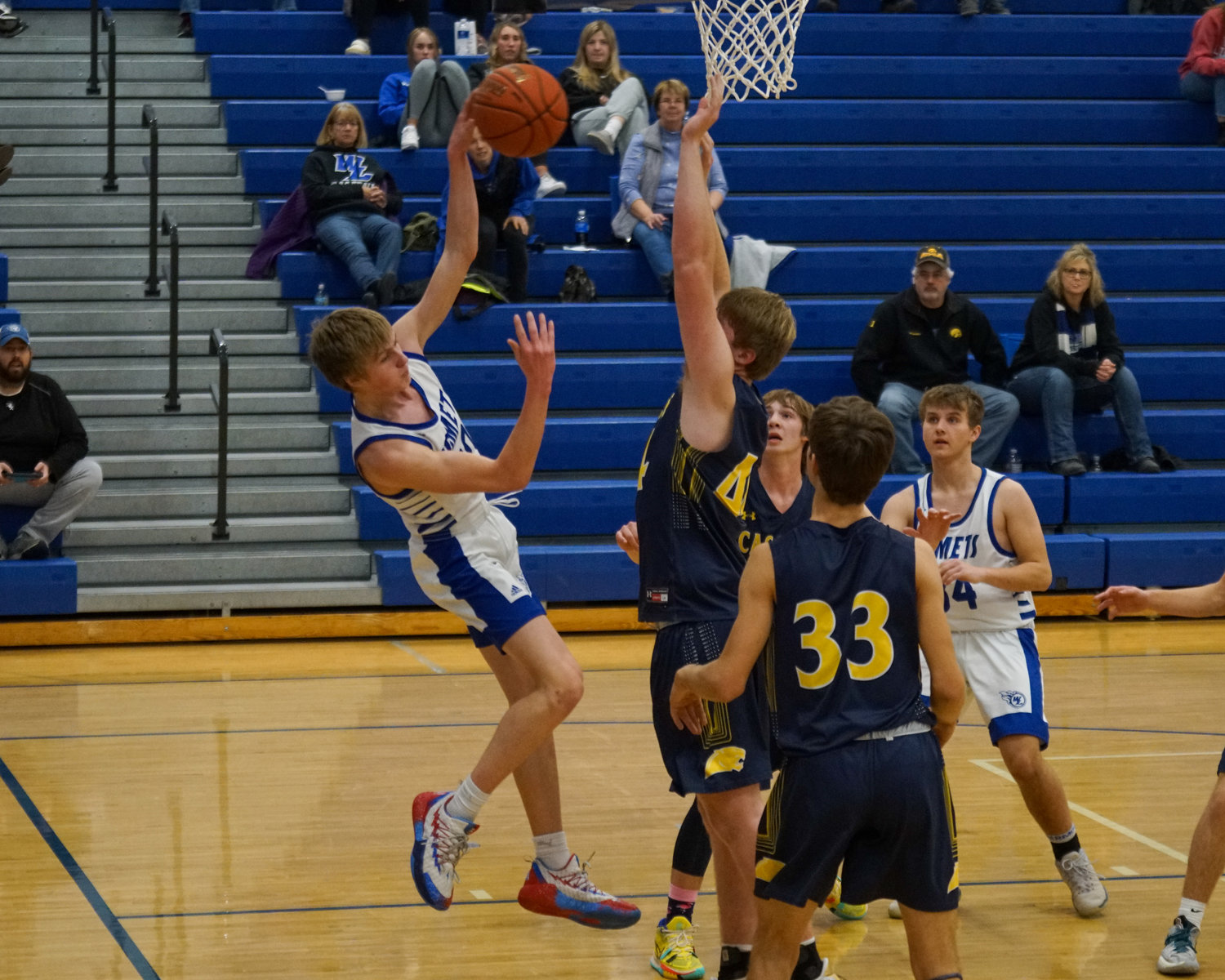 The West Liberty High School Boys Basketball team kicked off 2022 with a victory on their home court against Louisa-Muscatine Monday night, capturing a 55-31 victory, only their second win of the season for coach James Laughlin’s Comets.

The Comets took control of the game from the tip as Caleb Wulf collected the loose ball and banked in a layup to give the Comets an early 2-0 advantage. Louisa Muscatine found a layup of their own in their opening possession. Jayce McHugh reclaimed the lead for the Comets.

Three minutes of scoreless basketball followed as teams traded shots before Diego Hernandez stole the ball and took it down court for an easy layup. The Comet defense held the Falcons to four points in the opening period and held a nine point lead, 13-4.

Louisa Muscatine returned the favor in the second period, outscoring the Comets 15-7 before the halftime break, the Comets holding tight to their one point advantage, 20-19.

The potent Comet attack returned after the halftime break, led by sophomore Jayce McHugh and senior Caleb Wulf, together scoring 17 points in the third quarter while the team played strong defense, holding the Falcon attack to just five.

The Falcons were unable to stop the Comets offensively throughout the duration of the second half, as West Liberty continued to add to their scoring totals and create separation, the writing on the wall.

Three free throws from Wulf and seven points from junior Ty Jones in the final frame spelled the end for the Falcons as the Comets defended their home court to start the new year 55-31 victors.

Wulf led the Comet offense on the night with 13 points in the contest. Ty Jones followed closely with 12 while McHugh found 10 of his own. Hernandez had seven points and Seth Axsom added six in his first varsity action since returning after an injury.

Everyone saw action as Ryan Noble added three for the Comets while Eion Bardell and Caden Laughlin each added a pair.

The Comets improve to 2-7 on the season and will host Iowa City Regina at 7:30 p.m. Friday and Camanche on Saturday at 4 p.m. before hitting the road to play Wilton on Tuesday, Jan. 11, beginning at 7:30 p.m.