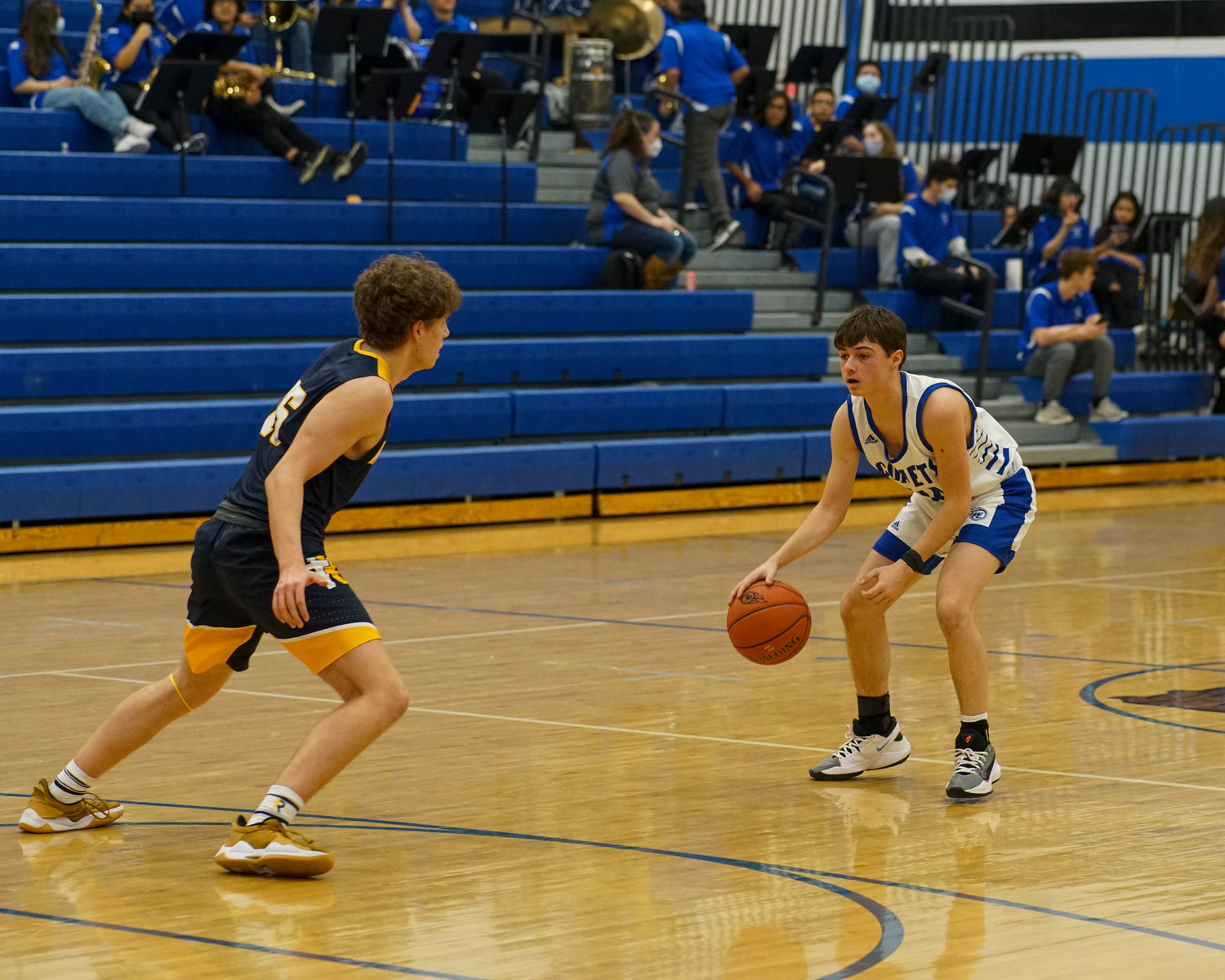 The West Liberty High School boys' basketball captured their first Three Rivers Conference win of the season against Iowa City Regina Friday but fell in their other two matchups against West Branch and Camanche. It was the third win of the season for West Liberty’s boys, going to 3-9 as the year progresses.

The week started with a trip to West Branch. The teams traded blows early in the contest putting up 35 points combined in the opening period, the hosting Bears holding to a seven-point lead. The hot shooting continued in the second quarter as the Comets scored 14 points but were unable to gain any ground on West Branch, heading into the locker room trailing 41-28.

The Bears added to their lead in the third, holding the Comets to 11 while putting up 21 more. The Comets outscored their opponents 12-10 in the final quarter, but it was too little too late as the Comets fell by 21, 72-51.

Junior Ty Jones led the Comets with 17 points on the evening while he also added five rebounds. Sophomore Jayce McHugh added 13 points and five rebounds. Senior Caleb Wulf also had double figures offensively, grabbing 11 points for the Comets and 12 boards in the loss.

Josh Perez-Echevarria scored seven for the Comets. Eion Bardell and Seth Axsom rounded out scoring with two and one respectively for West Liberty.

On Friday the Comets played host to Iowa City Regina. The Regals entered the game at 2-7 overall with their wins coming against conference foes.

It took a while for the offenses to get started, both teams only putting up 10 apiece in the opening frame before the baskets began to rain in. The teams headed into the locker room tied at 30.

The Comets were able to claim sole possession of the lead in the third period, holding to a 46-42 advantage headed into the final quarter.

Coach James Laughlin’s West Liberty team was able to ice the game thanks to Wulf’s efforts at the free-throw line, going 6 for 9 overall, to lead the team with 26 points and guide the Comets to a 70-65 conference win over the neighboring rivals. West Liberty outscored the Iowa City school 24-23 in a hot-shooting final quarter.

Wulf hit half of his eight three point attempts and was 8-18 from the field.

McHugh also had a big night by adding 23 for the Comets in the victory, and Ty Jones also hit double figures with 15 more.

Connor Melick and Eion Bardell added three and two each for West Liberty, while Axsom had one to complete Comet scoring. Sophomore Michael Martin has 20 for the visitors.

On Saturday, the Comets played host to undefeated Camanche. The Storm sitting at 9-0, alone atop the RVC North put the Comet defense to the test early, scoring 21 in the opening quarter while the Comets had just nine in response.

West Liberty outscored the Storm in the second period, 12-11 and headed in to the locker room trailing by just 11. The Storm offense would not be silenced forever, as they exploded for 28 points in the third quarter to put the icing on the contest. The teams scored just six a piece in the final quarter and the Comets fell 66-33.

McHugh took game honors for the Comets with 13 points while Wulf and Perez-Echevarria added nine and seven each. Bardell and Jones each added two points in the losing effort.