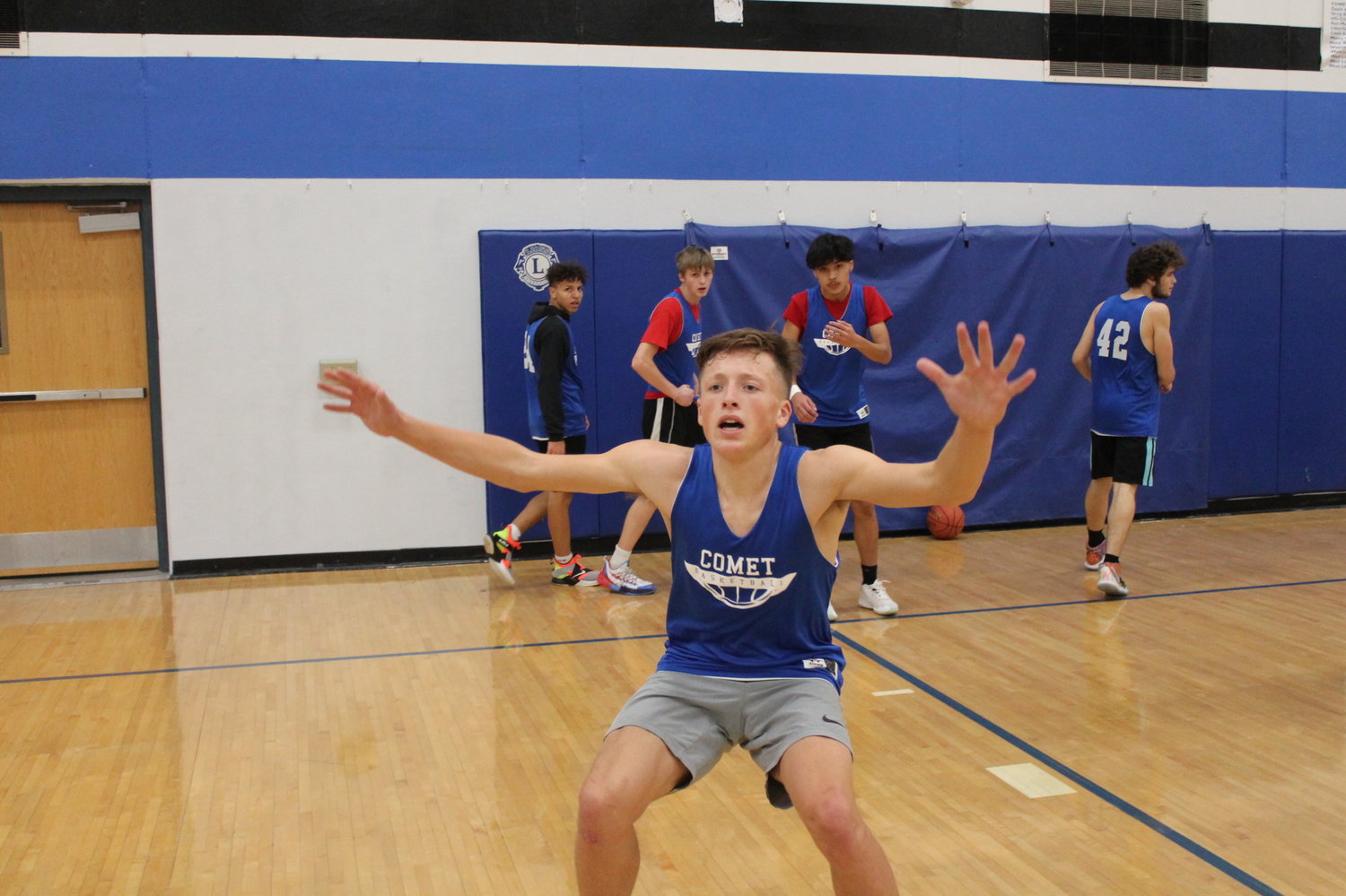 With three returning starters, the West Liberty High School boys basketball team is hoping to play off some “valuable experience” of a year ago.

The Comets had a dismal 4-16 record a year ago including a 2-14 showing in the talented River Valley Conference for coach James Laughlin, now in his 16th season, toting a 135-264 career win-loss mark.

With South Division All-Conference talent Caleb Wulf, a senior, returning as well as junior Ty Jones and sophomore Jayce McHugh, the young Comets hope to build a team that will compete.

Eion Bardell, a senior forward is also a returning letter winner for the Comets while Diego Hernandez is the tallest player on the team as a junior forward, standing 6-2.

Laughlin says scoring will be a concern for his team, noting he will be looking for more consistency on the offensive end of the floor and hopes to develop more offensive players beside Wulf to guide his squad. “We need to develop some depth so we can play an up-tempo style,” the coach said.

The team lost Hector Adames to graduation a year ago. He was averaging 6.9 points per game while Chance Thrasher also graduated with his 6.5 points per game. Jahsiah Galvan, who scored at a 5.5 clip last year as a junior, decided not to play basketball this season, moving to the wrestling mats.

The Comets hit just 31 percent of their field goals a year ago including just under 31 percent from the three-point range.

Laughlin knows Mid-Prairie, Wilton and West Branch will be the teams to beat in the South Division of the conference and says Monticello and Camanche should battle for the north division title.

That may mean a tough opener for the Comets, who will play against Mid-Prairie High School on Tuesday, Nov. 30, in their home opener at 7:45 p.m. before visiting Durant in another RVC contest at 7:35 p.m. on Friday, Dec. 3, the second outing of a 21-game schedule.

Coach not surprised by success