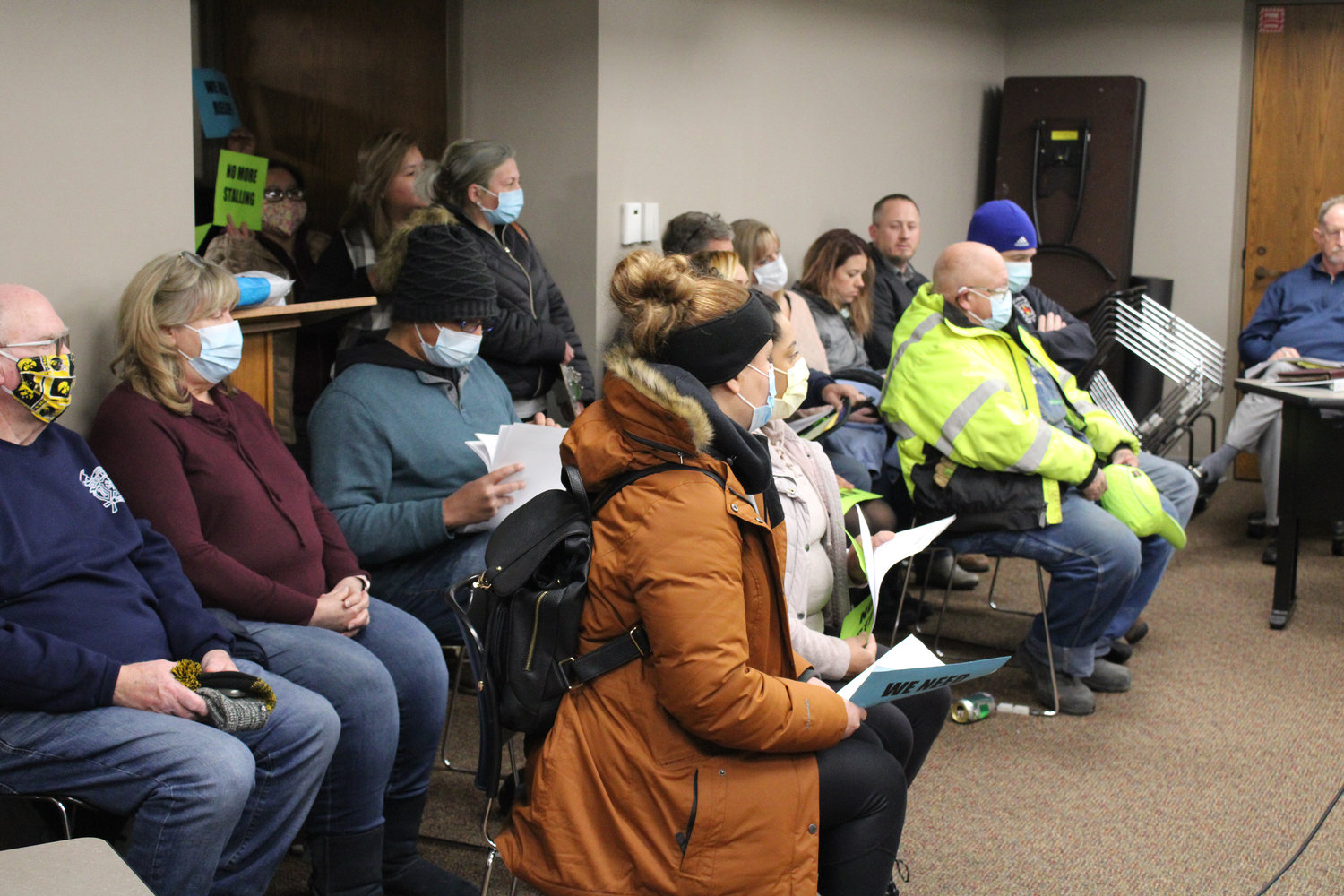 Hoping to take advantage of a vote by the first Latino-dominated City Council in the state of Iowa, a coalition of West Liberty excluded and essential immigrant workers who failed to get federal pandemic stimulus relief money went after the West Liberty City Council Tuesday, Jan. 4., in their third attempt to ask for at least a portion of the $522,361 in American Rescue Plan money the city was provided from the federal government.

It is the third time the group, initially organized through city council member Jose Zacarius, came to ask for financial help.

Initially, the group started asking for $1,000 per person, but the amount seems to have climbed to $1,400 per person for the estimated 130 workers. The group had asked for $1,200 when they spoke to the council at a Dec. 7 meeting.

The city council has never had a meeting on how they would spend the $520,000??? they initially learned about late last summer after the federal bill passed to help Americans through the COVID-19 pandemic. The city continues to entertain suggestions from the public on how to use the newfound money, including an informal suggestion from the West Liberty Fire and Ambulance Department to use the funds to aid their department since they were on the front lines of the COVID-19 pandemic.

The coalition rose up to request the funds after immigrant workers from all over the country asked cities for a portion of the funds, including Iowa City, pointing out they never received stimulus checks even though they had to work through the pandemic.

Single mother Lilian Perez told the council, through an interpretor, she has been in West Liberty 14 years and is a mother of four, pointing out she continued to work through the pandemic. She thanked God for making it through that time and her family not getting sick, but noted a lot of friends were affected by the virus and said, “mentally, it affected me a lot.”

“I don’t have many guarantees as a worker,” Perez added, noting she was there to represent herself and friends. “The stimulus checks – a lot of people didn’t receive it,” she said.

Perez promised not to stop asking the council for help “until we get something.” She feels better about getting financial help with the new council that just added two Latino members.

“We have a lot of hope that they will support us in what we are asking them for precisely because they are Latino,” Perez told a reporter from Iowa Public Radio.

Although the number of speakers and time was limited, another lady who has lived in West Liberty for four years spoke at the meeting about losing her job after being off for 15 days and said she didn’t get any government support as a single mother of one who had to stay home with her son because he was sick.

“I’m not sure if they took us into account,” she said of the government stimulus funding, noting she was there to ask for the support of the council.

A man named Jose that has lived in West Liberty 14 years said he went to work every day during the pandemic and had to stay at a hotel for two months in hopes of not affecting his family.

Sings like “no more stalling” were ramped among the 30 or so in attendance that filled the hallway behind speakers leading into the council chambers.

Perez read a petition that was given to Zacarius, who said “these are people who pay taxes.”

New council member Dana Dominguez said the issue hit home with her and recognizes how hard it is for people to take time off. She asked residents to be supportive of the immigrant workers and told the group, “you have allies and friends to support your effort.”

Council member Cara McFerren said she wanted time to research the issue more and said many of these families have U.S. born children that she believes should have been eligible for a stimulus check. She said the city “doesn’t have an awful lot to give,” but something could be set up.

The group has yet to approach the Muscatine County Board of Supervisors, which was given $8.27 million from the same stimulus package, but had intentions to do so.