Coach not surprised by success 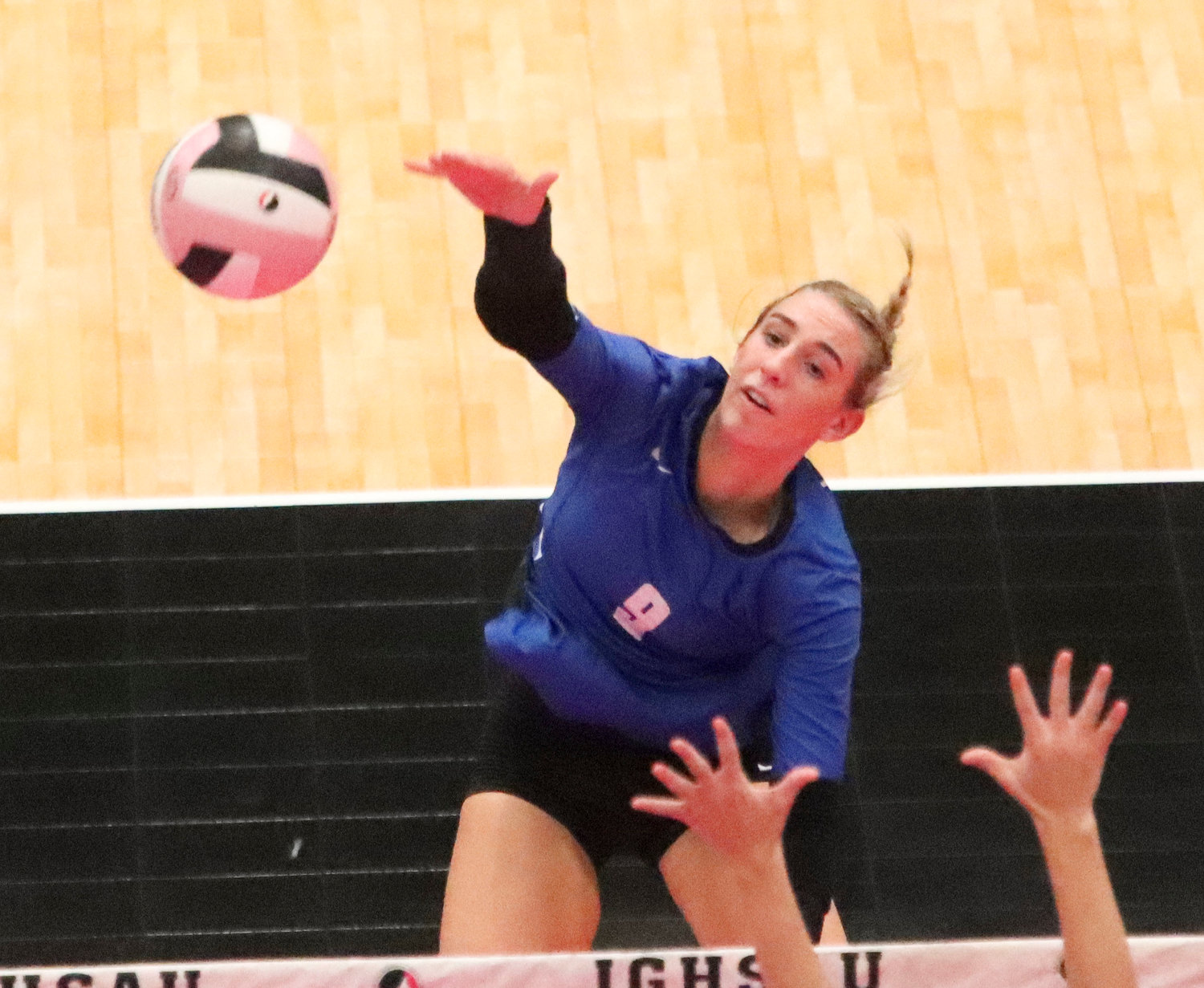 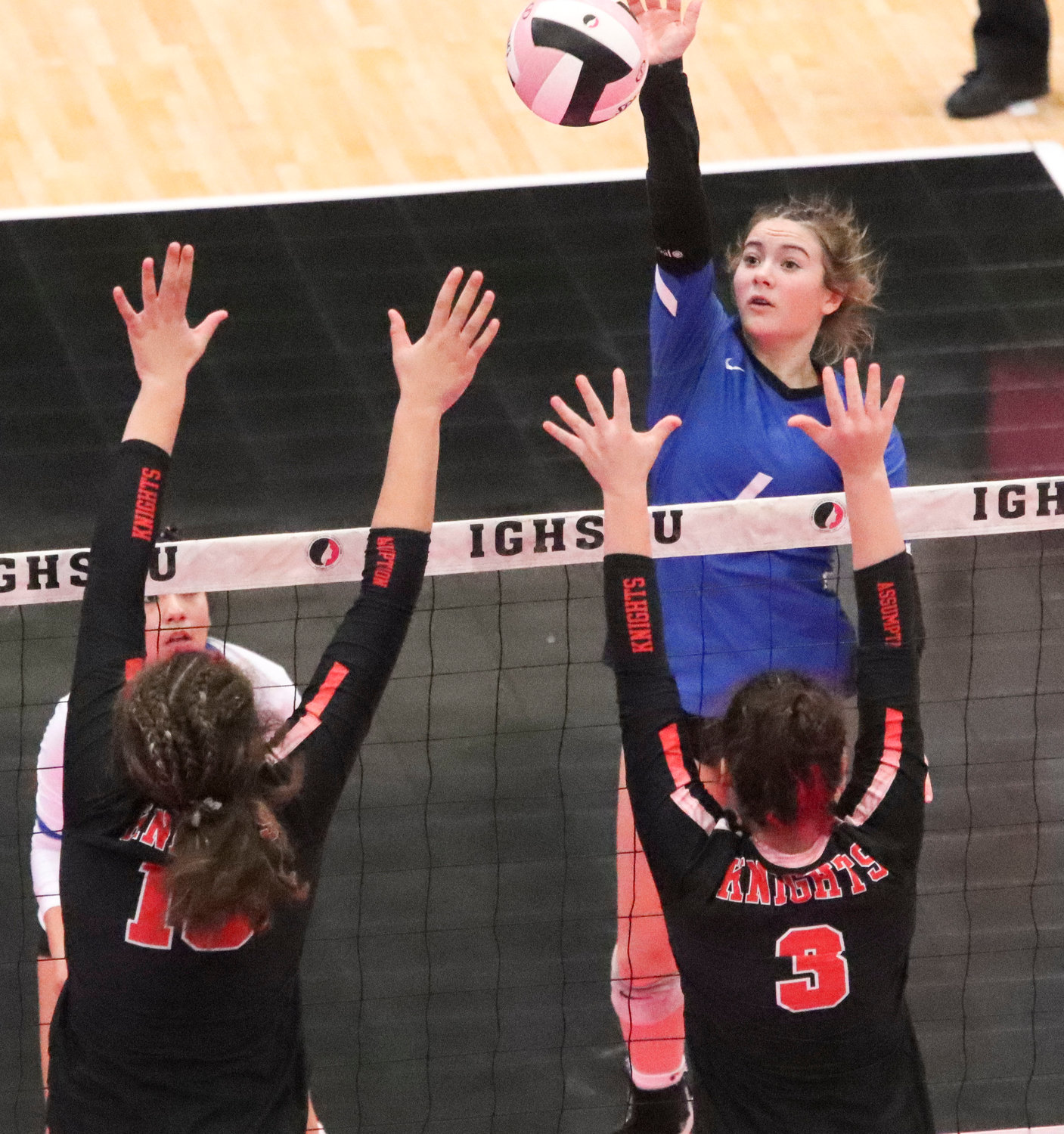 Coach Ruben Galvan isn’t surprised by the success of his West Liberty High School volleyball team this year – even if they did finish as the state’s runner-up in Class 3A with a 39-4 record and four tournament titles to their credit.

Now two weeks after their championship game loss in four sets to West Delaware, the Comets, who rarely lost a set this season let alone a match and set a school record for 39 wins, can look back on a campaign that was among the highlights of Galvan’s 21 years of coaching in West Liberty.

“We saw early in the summer the kids had a lot of potential,” Galvan said, noting the Comets “maintained our focus on getting better individually and as a team throughout the season. I think that’s why we had such a successful season. We didn't focus on the winning aspect – we focused on getting better every day. “

There were quite a few great accomplishments this season. Senior Macy Daufeldt broke her own school record that she set last year with career kills, ending her career with 1806 kills.

“A lot of our players hit big milestones this year and we are super excited for them,” Galvan said, pointing out junior Monica Morales had 1500 digs, junior Brooklyn Buysse roller her career total in assists to over the 2000 mark and Daufeldt even ended her career with more than 1000 digs.

But it was many of the younger players that improved throughout the season that may have made a big difference for this Comet team, Galvan pointing out the play of sophomore Maelyn Wainwright, freshman Sophie Buysse (who made the state all-tournament team along with Daufeldt) and freshman Ava Morrison.

“Even the upper classmen improved throughout the year,” Galvan said. “However, our younger players needed to focus on learning our system and they each did a great job of learning it and continued to work hard each practice. Our upper classmen did a great job of working with them on a daily basis during open gyms and practices throughout the season.”

“We have no regrets in the matches we played this year,” the coach said. “Win or lose, we learned something and took it into the next game. We continued to improve.”

The coach said the team played well all year but really caught a spark in the 32-team Cedar Rapids Jefferson Invitational Tournament late in the season, where they finished in second place for the first time in history.

The team had to battle some of the best competition in the state – including a few teams not even in larger Iowa classes.

“The Jefferson Tournament really got us prepared for post season,” the coach said. “The level of competition at that tournament is just phenomenal. I thought our players learned a lot from that weekend and they took it into post season.”

Galvan said his fourth-ranked Comets simply ran into a better team in the championship game of the tournament, although upsetting top-seeded Davenport Assumption in the semi-finals the day before may have taken a toll on his Comets.

“I think anytime you play that competitive and to that level will take a toll on any team,” Galvan said in getting into the championship game. “It might have had some impact on it, but I think West Delaware was a better team that day. We are just proud of our players in how hard they played!”

He said the team not only has a lot of talent, but this particular group of girls seem to show a commitment no matter what sport they’re playing.

“I think this shows very good character in their part that they care for commitment, dedication and hard work to all their extra activities. They are very responsible young ladies,” Galvan said.

The Comets will lose just three seniors to graduation including Mylei Henderson, Aly Harned and Daufeldt. “Just like we do every year, we continue to work hard with our younger kids and have the confidence that they will contribute in some way next season,” Galvan said.

“The seniors this year have brought a lot of positive into our program with leadership, team chemistry and knowledge. We were very fortunate to have had them for four years. They left a huge impact on our program!”

The coach wrapped up the season in pointing out the team came together in a unique way. “I think we had great leaders and followers. That is a great combination of success and we were able to put a team together that brought a lot of energy and excitement to our program,” Galvan said. “They believed in each other and celebrated everyone’s success. This team is more about a team effort then the success of any individual.”

“Our 2021 team was a great example of what team chemistry can do and how far a team can go with this closeness,” he finalized.