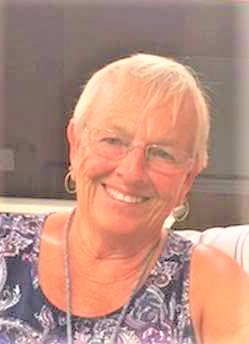 Over the years, she worked at Louis Rich, ran her own ceramic shop, had her own daycare, was secretary/bookkeeper for Goodale and Sons Construction and worked in housekeeping at the University of Iowa Hospitals and Clinics.

She had an extended family of many friends in Iowa, and at Winter Haven Park in Pharr, Texas, where she was living at the time of her death.

Everyone that knew her also knew she had a zest for life, and her sayings, “Life is Good,” “God Is Good.” She always had a positive outlook on life and love. Her smile was contagious. She loved spending time with family and friends.

She was preceded in death by her parents, her first husband, Bill; a son-in-law, Russell; a grandson, Derek; and seven siblings including Bill, Stan, Hank, Vernon, Betty, Dorothy and Marcella.

A special service will be held on a later date.