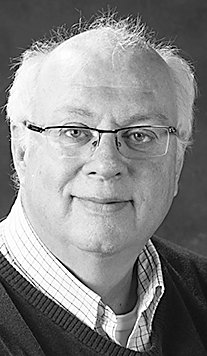 A weekly newspaper in the Kansas City area did something quite unusual for their front page of their Wednesday edition: they left it blank.

Leaders at the Kansas City Northeast News may have had some confused readers of their 89-year old free publication with a circulation of about 8,500. But, it wasn’t a printing error. It wasn’t the fact there wasn’t any news that week. The page was simply blank. Pure white – only the name of the paper appeared at the top of the page.

Yes, many newspapers are struggling to make ends meet in today’s social media world and this particular newspaper wanted to make a point of the fact they needed advertising revenue to continue to bring local readers the news.

“If we print a blank front page with no news, people are going to see what it’s like if we’re gone,” said publisher and co-owner Michael Bushnell, noting that was the message he wanted to send.

Losing advertising at a ghoulish rate during the COVID-19 pandemic, the newspaper’s six member staff wanted to send a message to the public – a warning sign of what might be in the future should the publication close its doors.

The article, written by the Washington Post, went on to point out that in 15 years, one-fourth of the newspapers nationwide were forced to close, according to a study by University of North Carolina researchers. At least 1,800 communities that had a local news outlet in 2004 were without one by the beginning of 2020.

I can’t say the thought of making such a point as the Northeast News made hasn’t entered my mind through my near 50-year career as a newspaper journalist. But, while we may have some of the same problems from time to time in drumming up support for our weekly newspaper, we do seem to find support when we ask for it and there were people – believe it or not – who bought two-year subscriptions when it was offered to them just a couple months ago. That’s faith that we’ll be around.

Businesses love getting stories in the paper. So do organizations. So do our schools, sports teams and, although some of our government entities may not always admire what we write, we tell their stories when good things happen, and serve as a community watchdog that may not bark at every person going by, but does snip at a leg every now and then.

We simply do our best every week to try to bring our readers local news nobody else will provide – whether on the Internet or in print. It almost seems mind boggling that we can come up with something no one else offers despite coming to you just once a week.

The Index may only have 1,000 circulation, but the Index is a product people are paying for, and that circulation equates to about 2,500 readers overall every week. There are not a lot of websites in the area that can get that kind of consistent following.

Personally, a lot of the problem with newspapers is that they’re not independents like the Index. They’re owned by big national corporations that want nothing more than a good bottom line and they’re willing to cut just about anything to try to make that happen. Love to tell them it’s not working, but most of them don’t seem to care. Readers should appreciate that the Index is owned by Bill and Linda Tubbs of Eldridge, who are committed to the local community.

Blank front pages might stir up some great conversations, but it’s really about building relationships with your readers and local businesses. We hope you agree.

I think I have a granddaughter who likes to pull practical jokes on grandpa.

Three-year-old Eve was munching on a pack of M & M's when I asked her if I could have one. She dug one out, handed it to me and waited for me to take a bite.

Then she says, "By the way, I've been sick!" I figure she was making sure I wouldn't get any more or simply having some fun teasing grandpa! A fun kid!

Tim Evans has been editor of the West Liberty Index since June, 2019 and is an award-winning journalist and columnist. He can be contacted at indexnews@Lcom.net or by cell phone at 217-840-8704.

Veterans Day services through the years