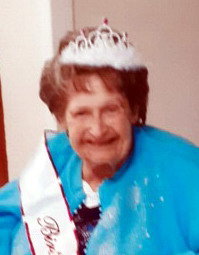 A celebration of life was held Saturday, Nov. 13.

Barbara was born Sept. 15, 1939 in Madison, Wisconsin, the daughter of Rudolph Willy and Mary Allis (Ball) Frank. She was united in marriage to Jim Sherlock. Following his death, she married Harry Grapengeter and they later divorced.

Barbara had been employed with Eagle Signal in Davenport and as a banquet waitress at the Plantation in Moline. She had also sold Tupperware for many years.

Barbara was active in the Whole Truth Tabernacle Church in Silvis, enjoyed music, dancing, had raced stock cars and served as an extra in a couple “Lone Ranger” movies. She dedicated her life to her children, was a fantastic mother, grandmother and was an awesome cook.

She was preceded in death by her parents, husband Jim Sherlock and a daughter, Lisa.